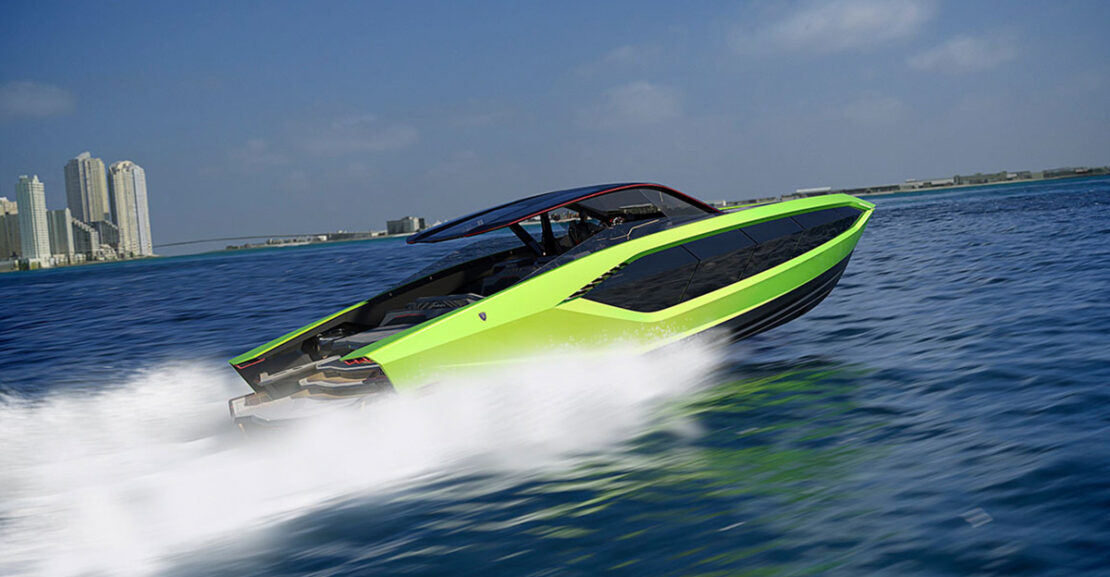 This is Lamborghini’s 4000 Horsepower Yacht

Lamborghini took a step towards the world of yachts when it teamed with Italian firm Tecnomar to design a high-performance vessel inspired by the limited-edition Sián FKP 37 introduced in 2019. 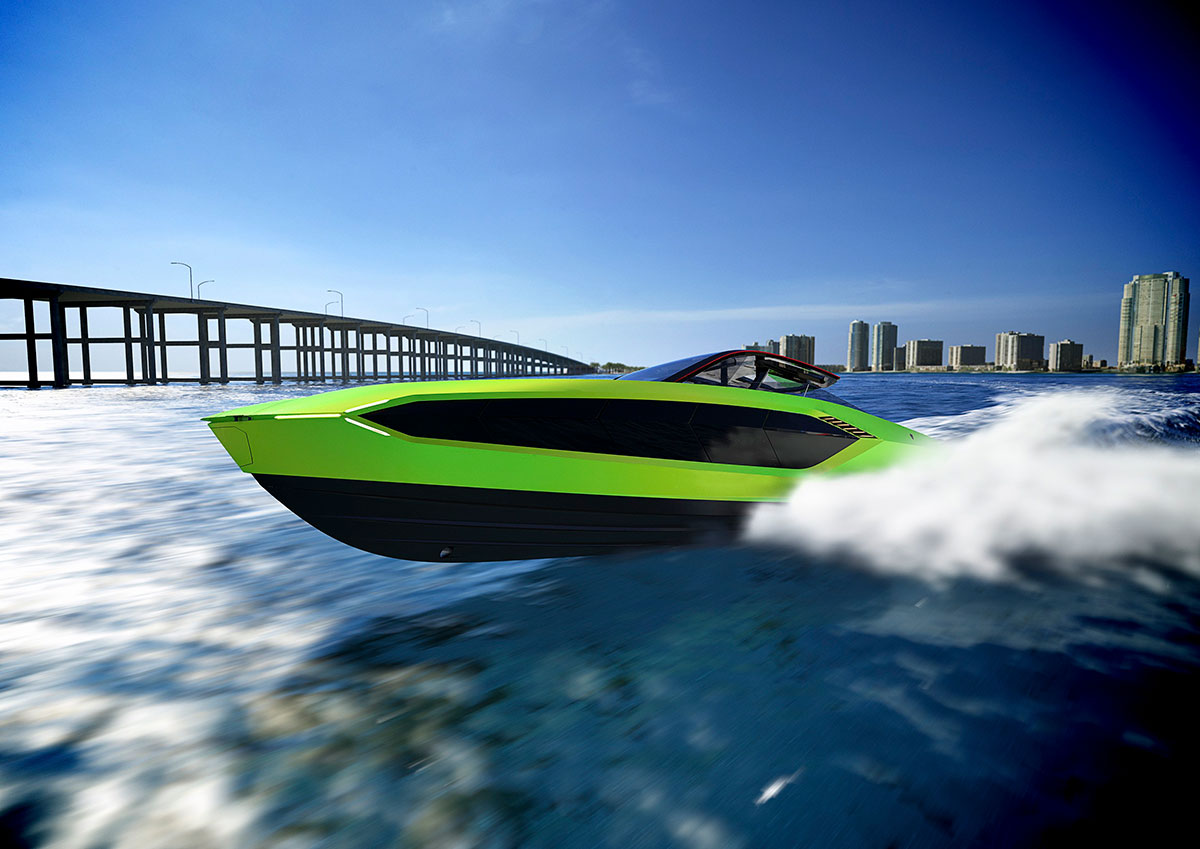 Tecnomar (a boatmaker owned by The Italian Sea Group) worked directly with Lamborghini’s Centro Stile to inject some of the design DNA that characterizes Sant’Agata’s supercars into a yacht. 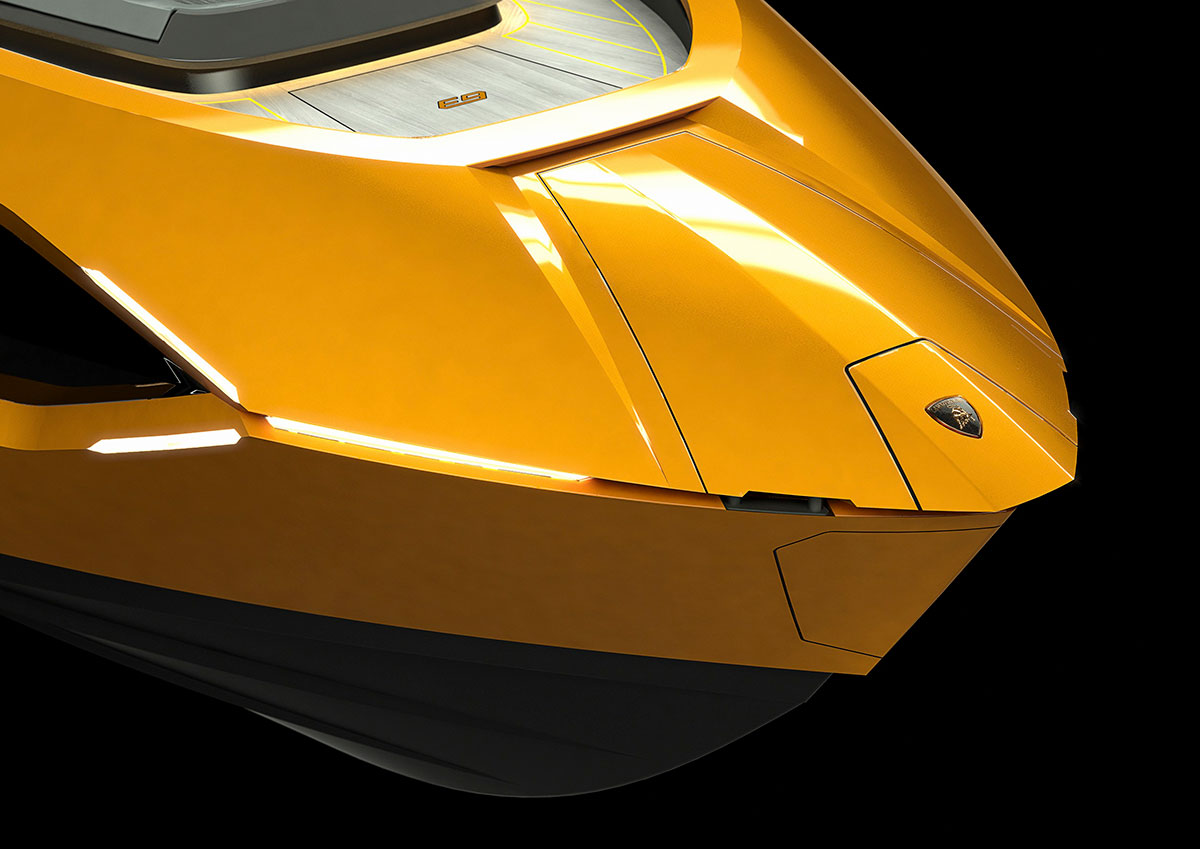 The end result stands out with a strikingly rakish silhouette, Y-shaped LED lights on the front part of the hull and hexagonal glass on both sides. They draw a visual link between the yacht and Marcello Gandini-designed cars such as the Miura and the Countach. 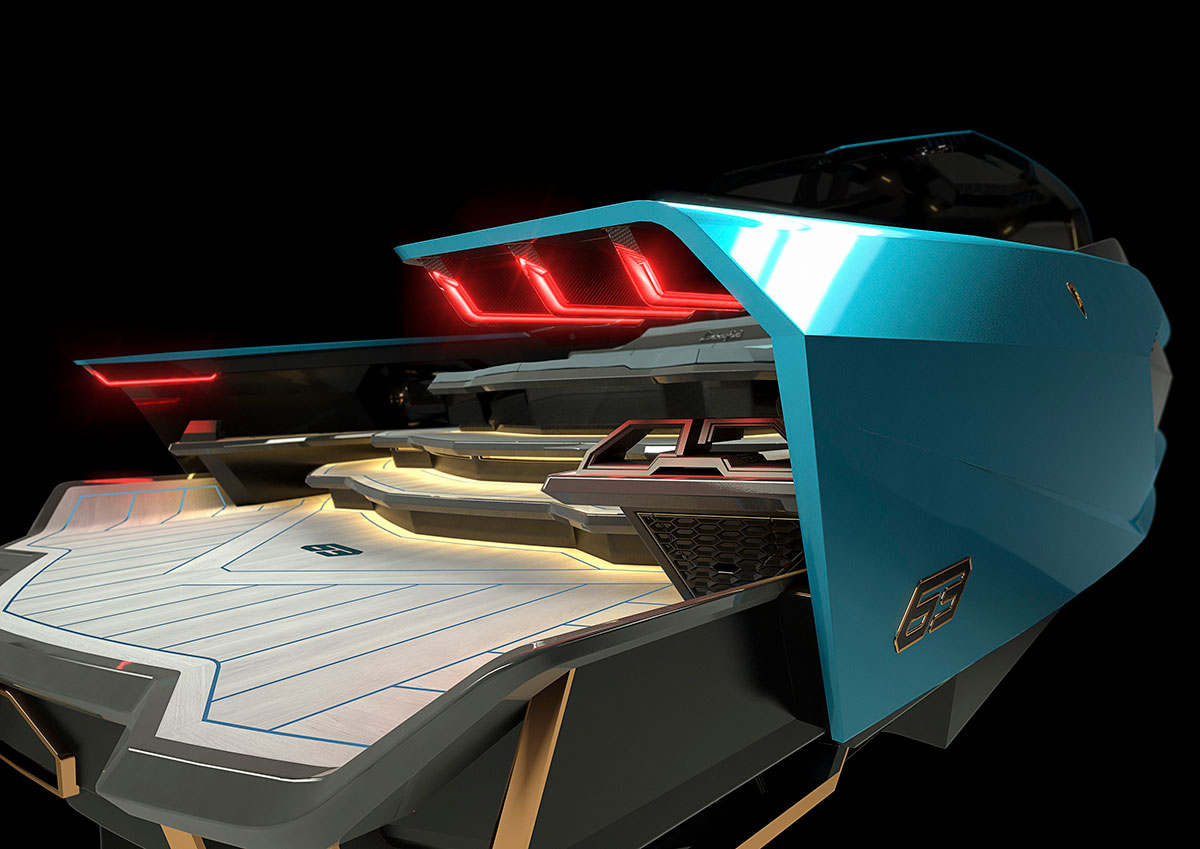 Settling into the captain’s chair feels a lot like slipping behind the wheel of a modern-day Lamborghini, Tecnomar installed a three-spoke steering wheel that looks a lot like the unit Lamborghini currently puts in its cars.

Digital gauges display vital information about the boat and its surroundings, including navigation data, and the throttle levers are reminiscent of the drive mode selectors found on the center console of the Urus. 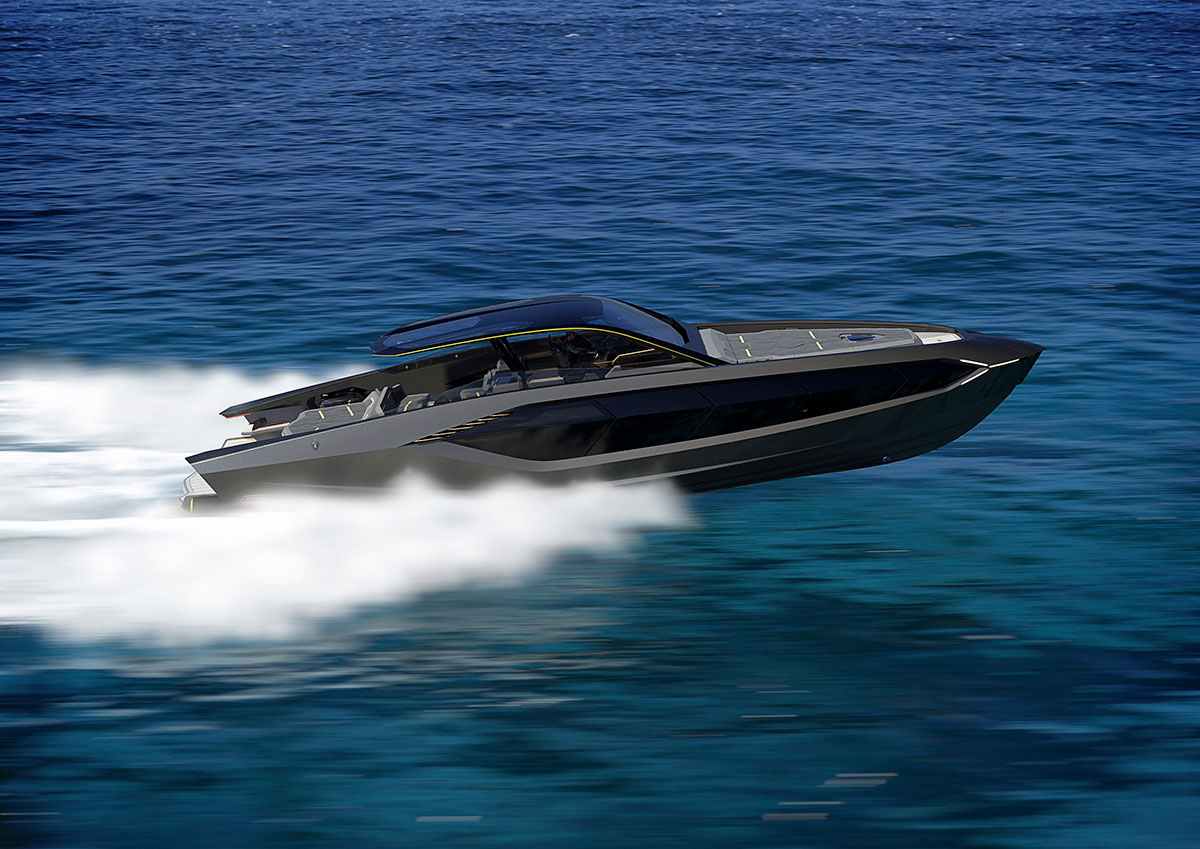 The superyacht is 63 feet long and it weighs about 24,000 kilograms which is relatively light because of the use of carbon fiber in its construction, and it falls in the ultra-lightweight boat category. Power comes from a pair of V12 engines built by MAN and each rated at 2,000 horsepower. 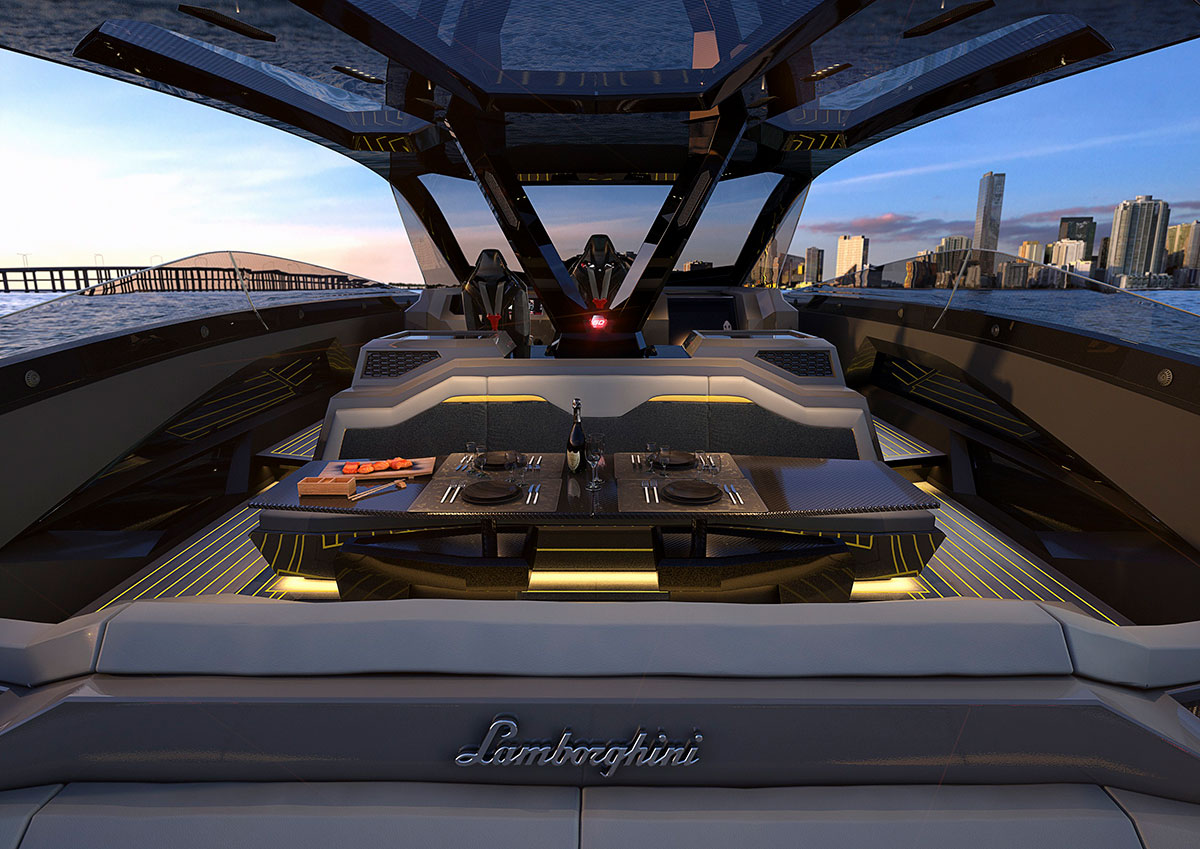 Tecnomar expects to deliver the first boats in early 2021. It capped production at 63 units globally, and it priced each one at $3 million before options are factored in. Buyers can customize nearly every part of the yacht, including the hull’s color, the deck, and the interior layout. 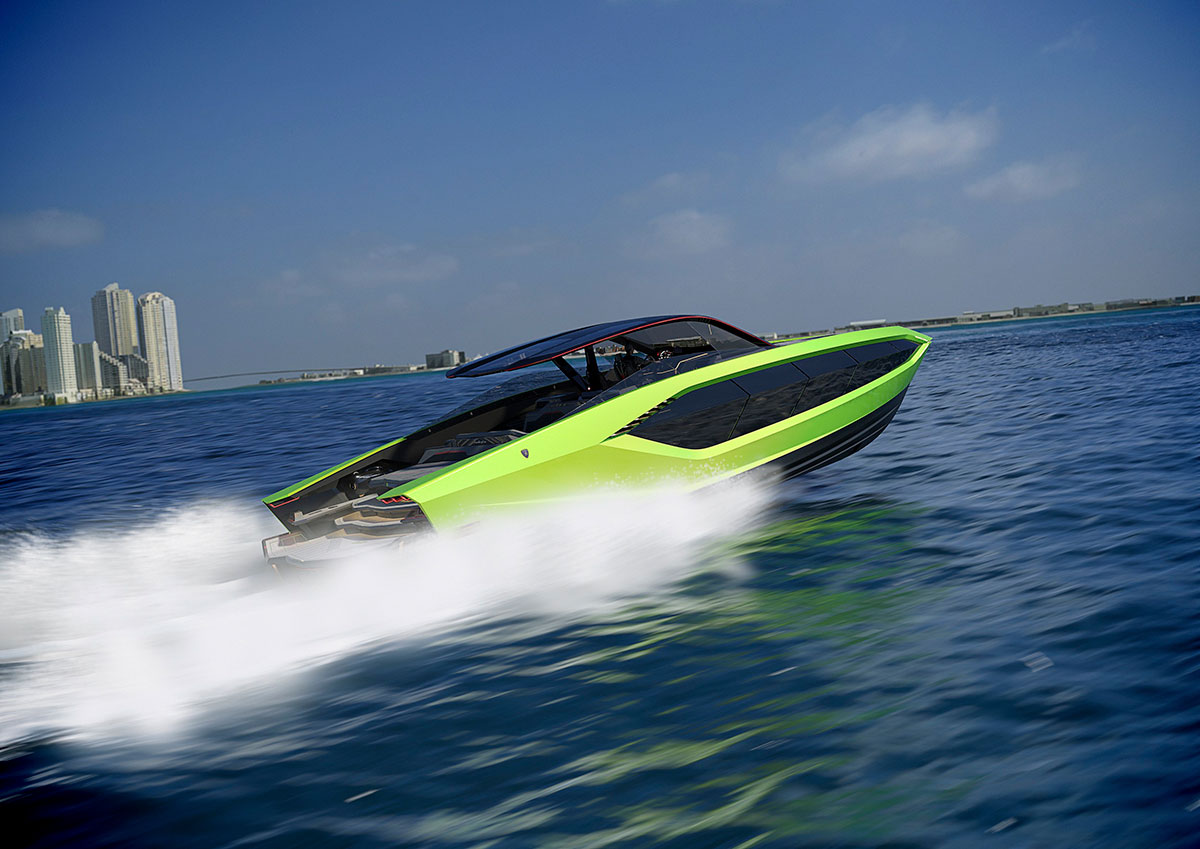