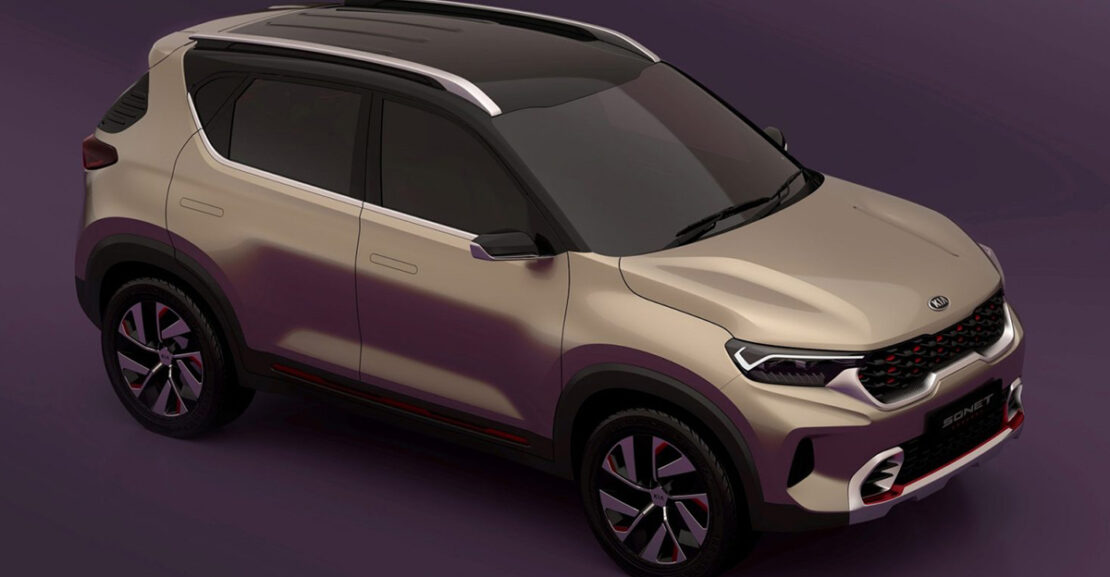 Kia will unveil the upcoming Sonet compact crossover on 7th August 2020. The sub-compact SUV which was showcased at the Auto Expo 2020 has now become one of the most anticipated launches from the company. Although the Sonet shares its underpinnings with the Hyundai Venue, Kia has gone the extra mile to make sure the Sonet bears no resemblance to its cousin at all. The Sonet will be Kia’s third offering in the Indian market after the Seltos and Carnival. 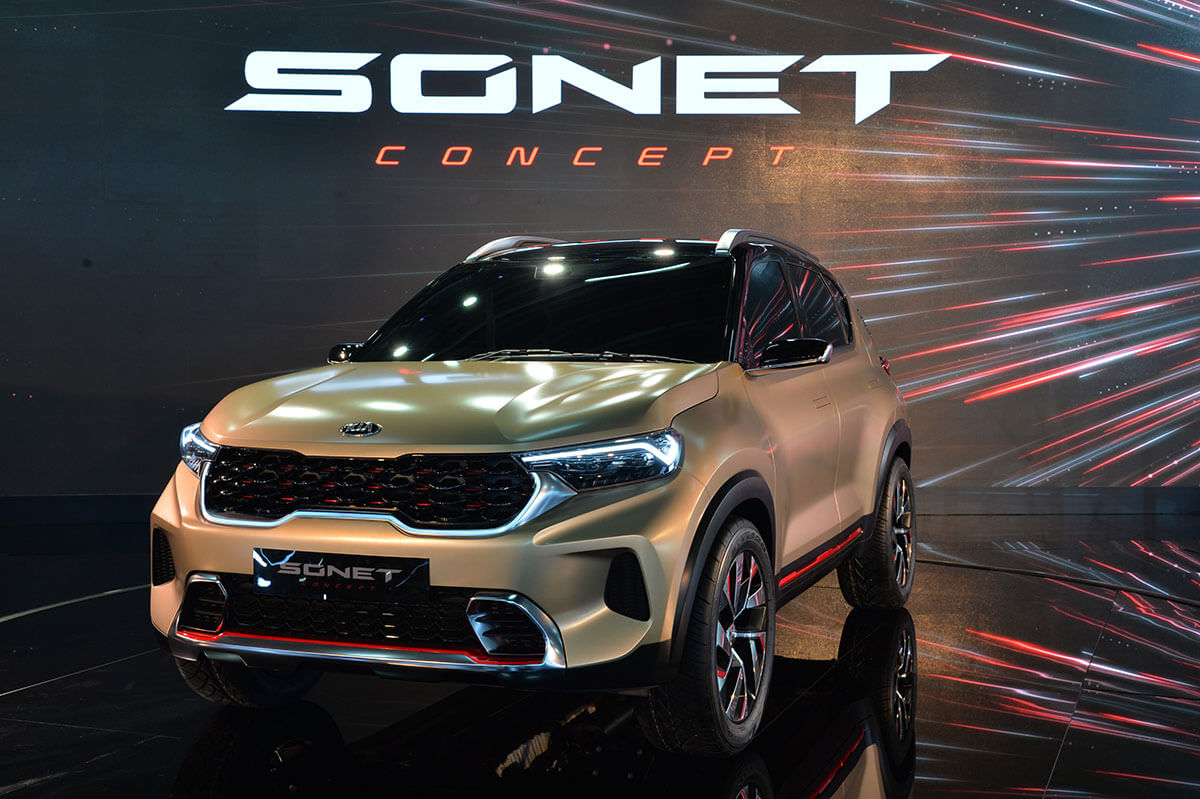 Upfront the Sonet has Kia’s signature ‘tiger-nose’ grille with a mesh pattern, and a high bonnet with muscular creases adds to the chunky look. Unlike the split headlamp that can be found in the Hyundai Venue, Kia has instead used sleek headlights with integrated LED DRLs merging into the grille.

The profile of the Sonet compact SUV concept consists of dual-tone alloy wheels, prominent wheel arches, and a window line that sharply rises at the C-pillar. A pair of roof rails and contrast-colored roof and wing mirrors are also prominent. Out on the back, you see a backward sloping C-pillar merging with a sharply raked rear windshield and an LED light bar connecting a pair of sweptback tail-lamps. 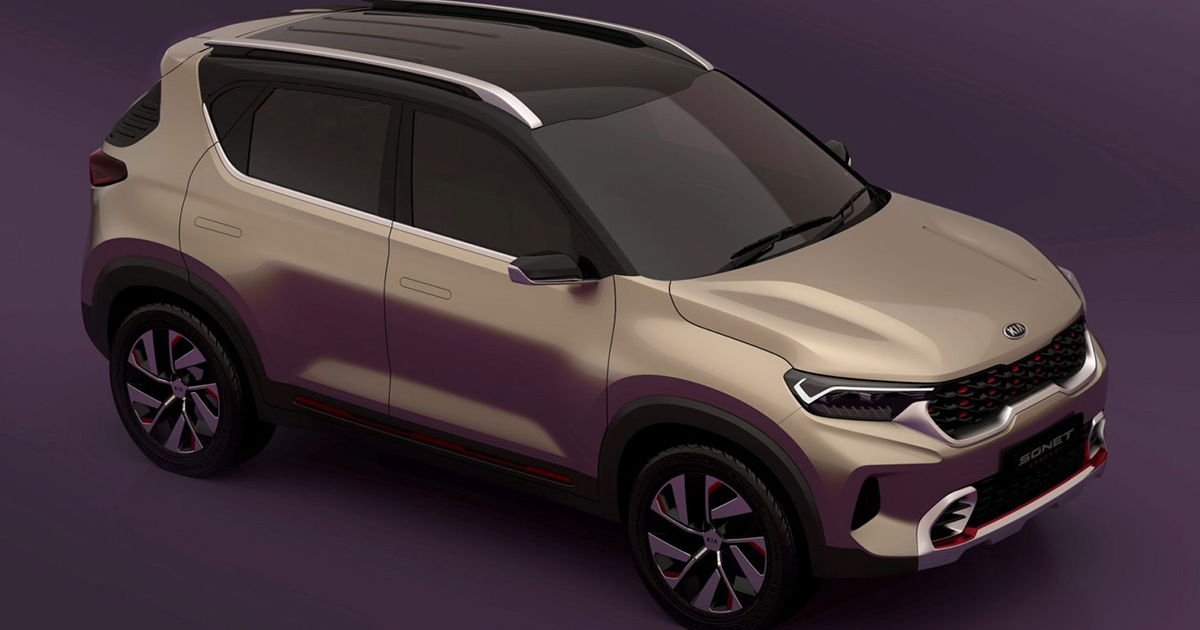 The cabin of the Sonet will be plush and on the chunky side. It will come feature-loaded. There will be a 10.25-inch touchscreen infotainment system that looks to be the same found inside the Seltos, flat-bottom steering, vertically-stacked air-con vents, wireless charging port, ventilated seats, a manual transmission gear knob, and sporty red stitching. The leather seats get double-stitched piping to up the in-cabin luxury. 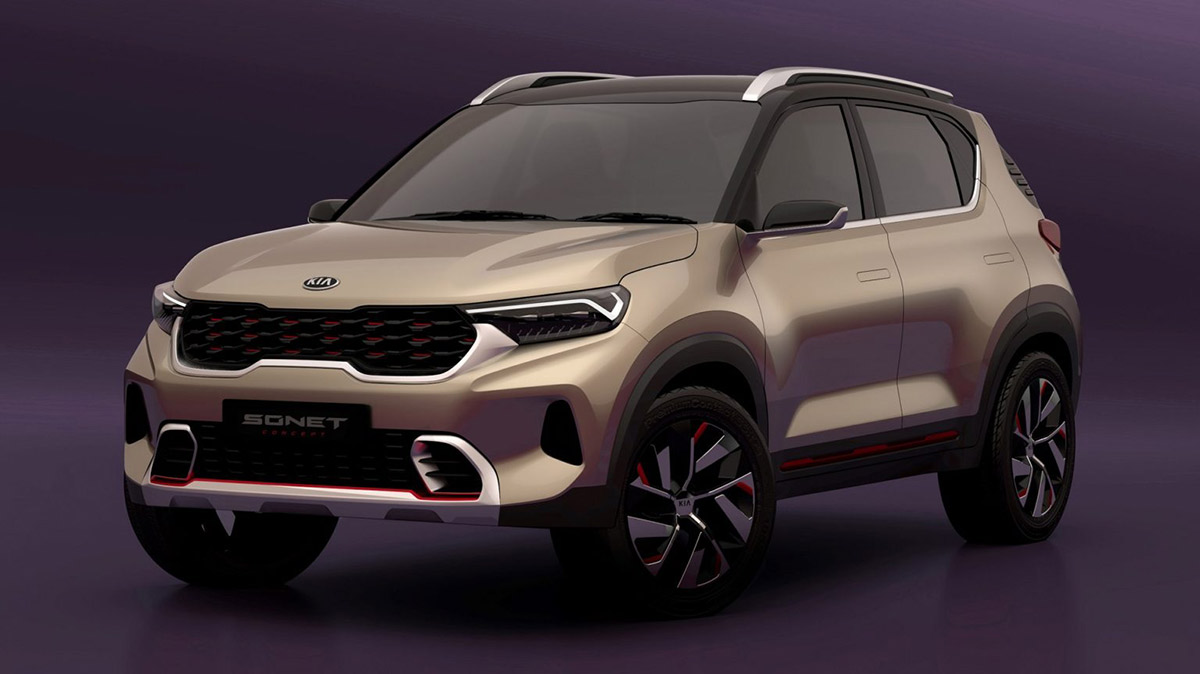