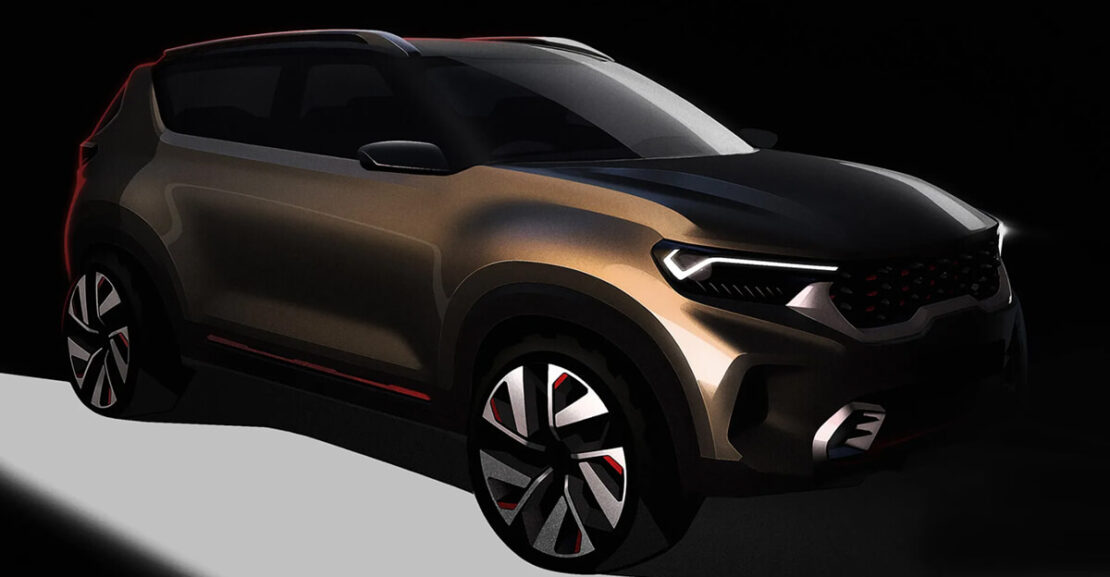 Kia Motors India has released the design sketches of the new upcoming sub-compact SUV which will make its global debut during the 2020 Auto Expo starting 7th February. The design sketches give us a first glimpse of the upcoming compact-SUV currently being worked on by the South Korean car manufacturer. Codenamed QYi, the new compact SUV will be under four meters in length and will be Kia’s answer to the Hyundai Venue, Maruti Vitara Brezza petrol, Ford Ecosport, the recently updated Tata Nexon and the Mahindra XUV300. 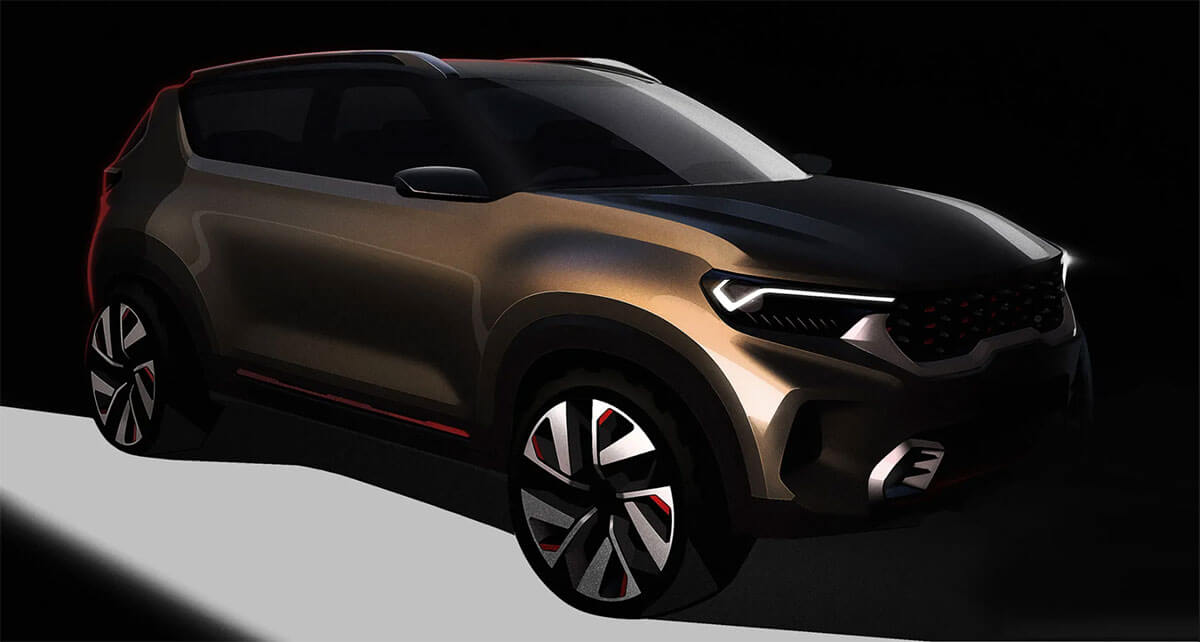 Looking at the sketches it can be seen that the upcoming compact SUV sports modern styling, with highlights including Kia’s famous tiger-nose grille at the front, sleek LED headlamps and large side air intakes. The grille will be flanked the split design headlamps and will feature similar kinds of modules with ice-cube elements like the Seltos. The front bumper features sporty and angular cuts and creases and also houses the fog lamps and a skid plate. 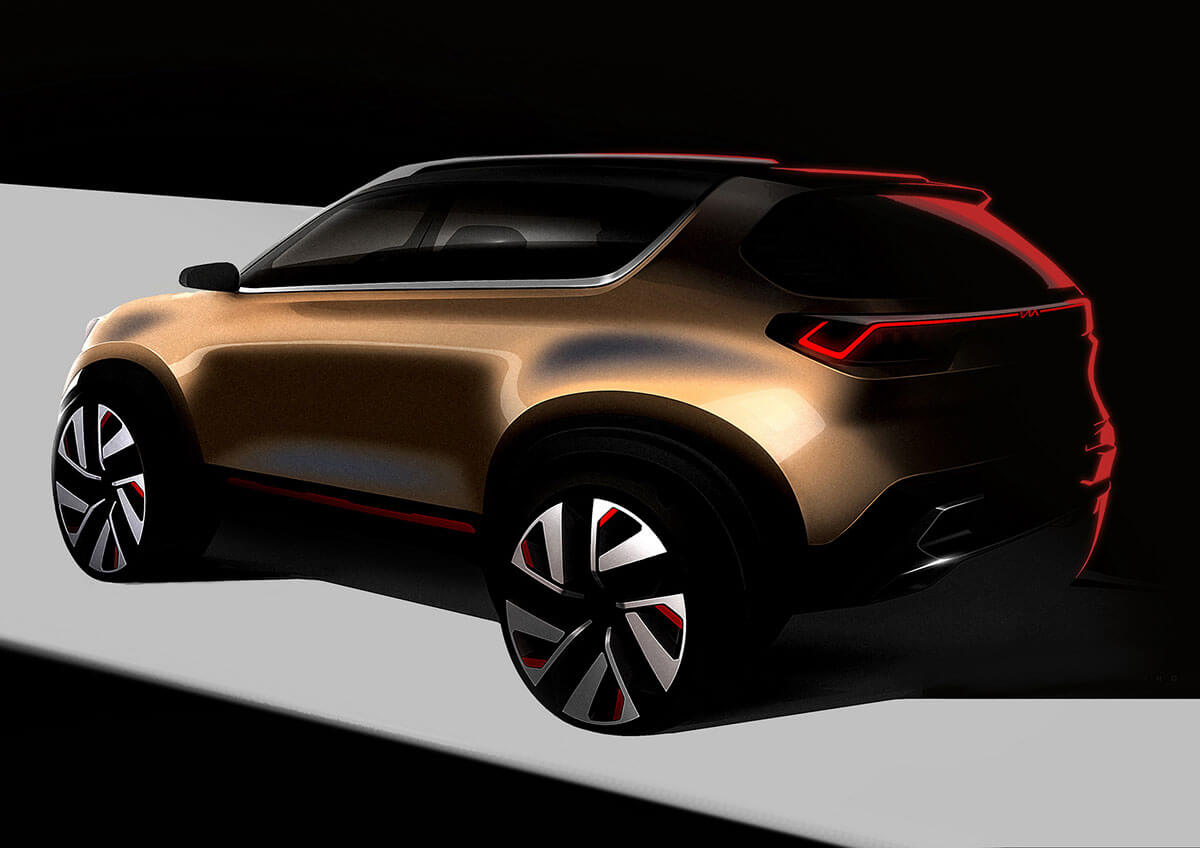 The profile gets extended wheel arches, housing stylish alloy wheels, and red accents, running along the lower part of the doors, similar to that on the GT-line of the Seltos. Over on the rear, gets a floating D-pillar with wide rear windscreen, roof rails, a small rear spoiler and horizontal tail lamps connected to each other by an LED strip. Expect the Kia QYi to be powered by the same powertrain found on the Hyundai Venue. A 1.5-liter BS6 turbo-diesel, a 1.2 petrol, and a 1.0-liter turbo-petrol engine which will probably be offered in a GT-Line of the model.