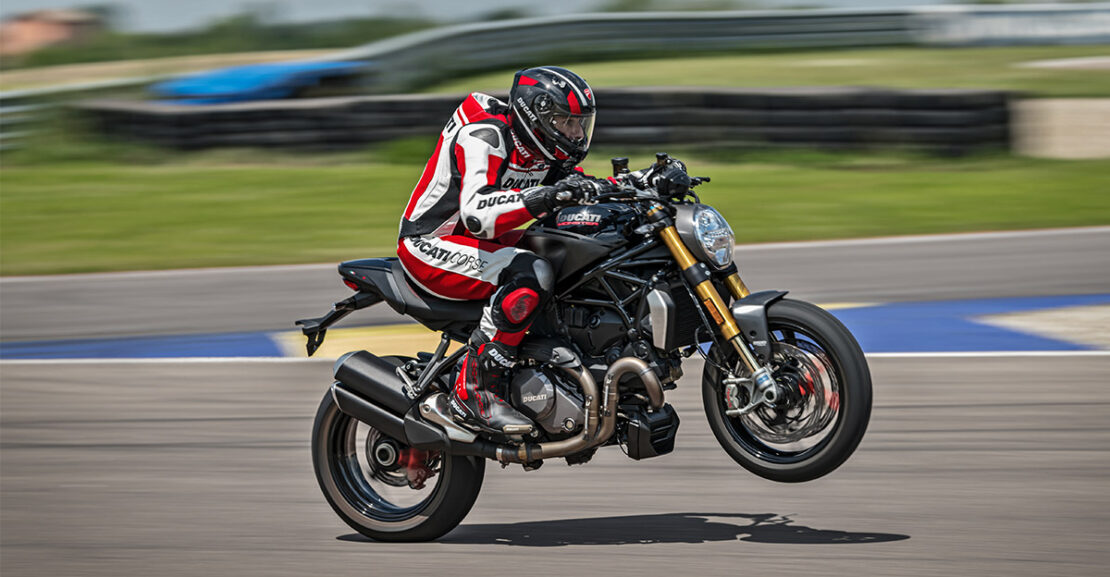 Ducati looks to 2020 with the presentation of a new colour scheme for the Monster 1200 S. For this coming season, in fact, the most iconic naked will feature a “Black on Black” livery with alternating gloss black and matt black parts. The Monster 1200 S will also remain available in traditional Ducati Red. 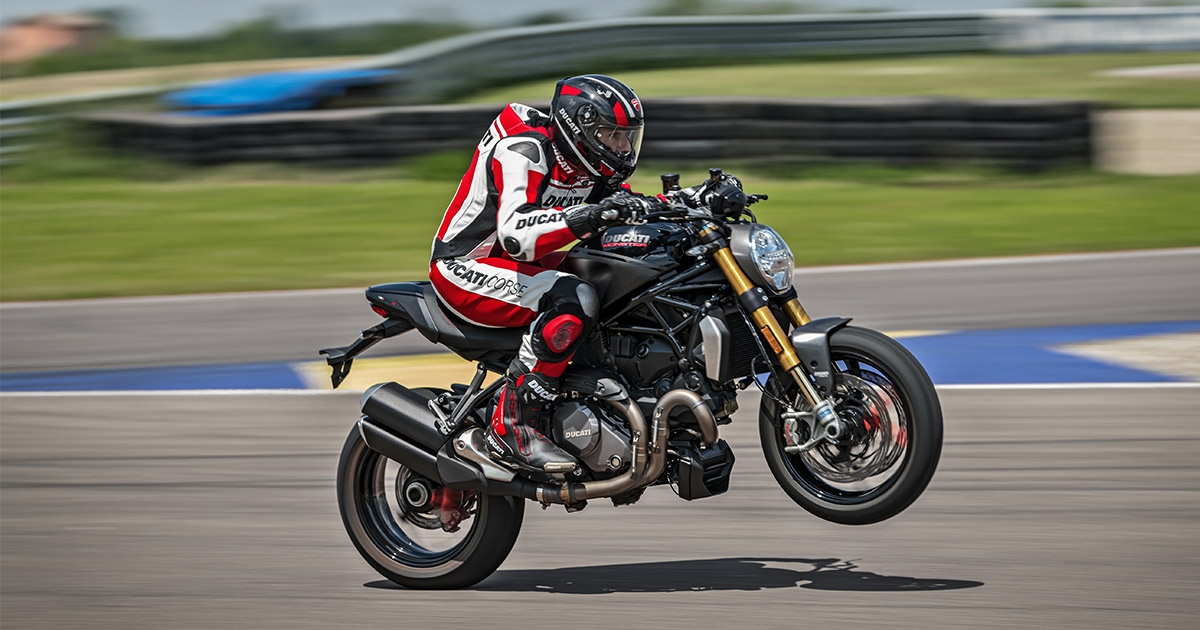 This all-new colour scheme combines two classic Monster hallmarks: sport performance – accentuated by the flash of red on the rims – and sheer style, as brought out by the black. First launched in 1993, the Monster has defined the Sport Naked segment ever since. 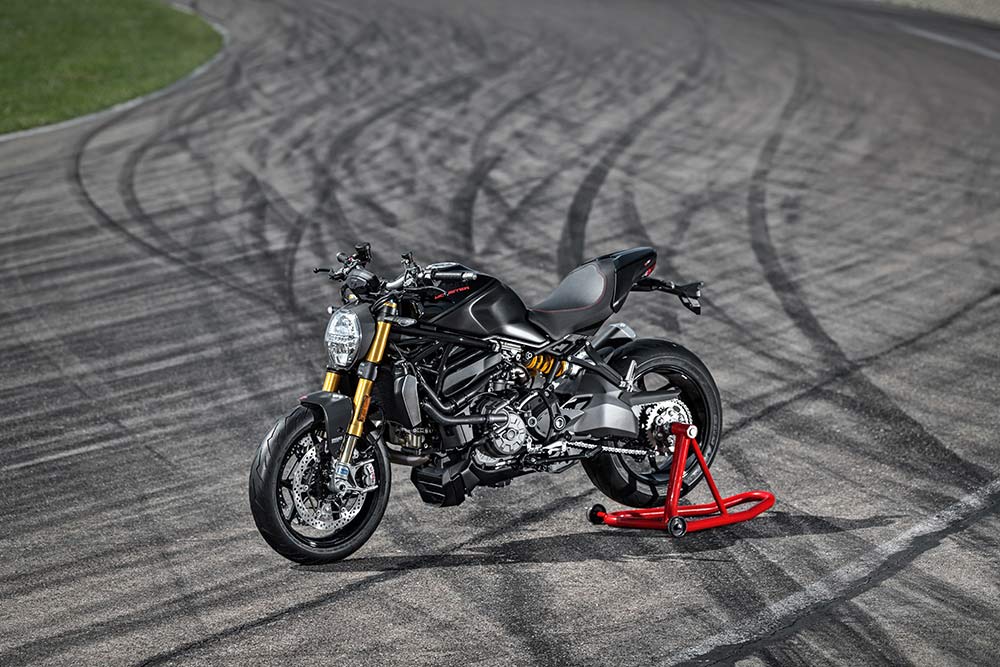 The Monster 1200 is equipped with an up-to-the-minute Testastretta 11° DS engine, capable of delivering 147 hp at 9,250 rpm and a full yet linear torque curve; that power is safely handled at all times by the Ride by Wire system and inertial platform, which provide ABS Cornering, Traction Control, and Wheelie Control function.

The exclusive S version sharpens that Monster sports performance to an even finer edge thanks to a 48 mm Öhlins fork and rear Öhlins monoshock, both fully adjustable. Braking is provided by two 330 mm Brembo discs at the front working in concert with Brembo M50 monobloc calipers. The Monster 1200 S also features wheels with three Y-spokes, a carbon fibre front mudguard, a headlight characterised by the DRL (Daytime Running Light) and LED indicators. Completing the as-standard equipment is the up & down quickshifter. 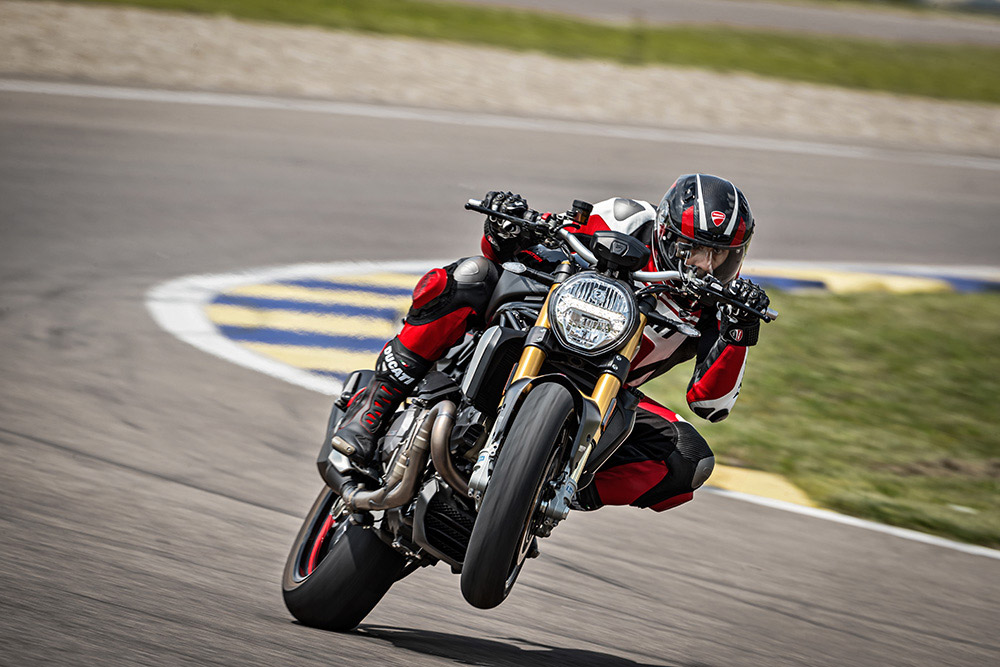 The Monster 1200 S with the new “Black on Black” livery will be available at Ducati dealers from the end of September at a price of €17,390 ex-works (price refers to the Italian market). 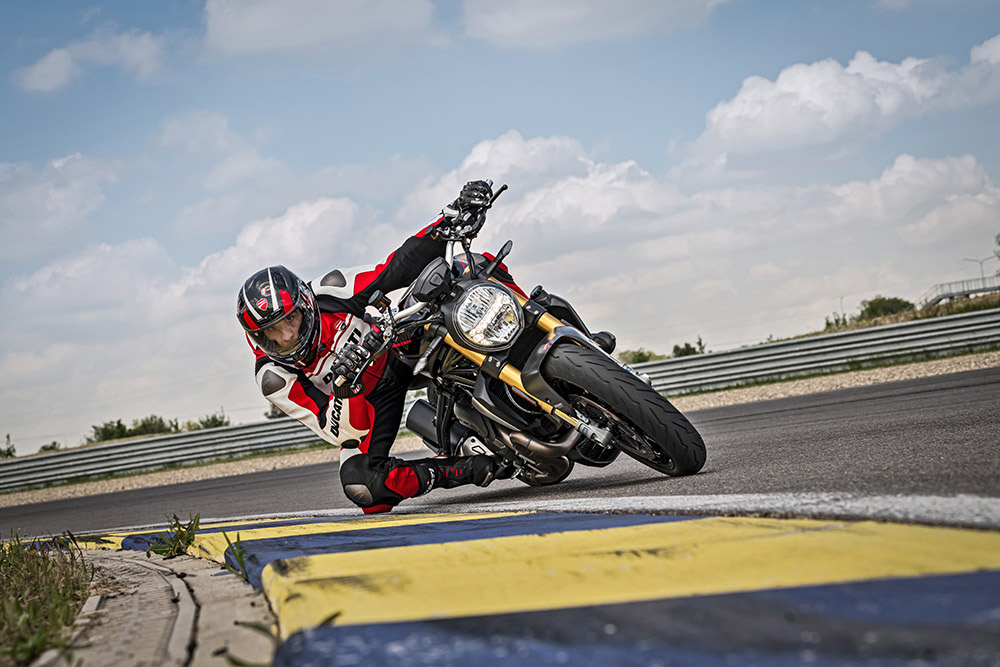