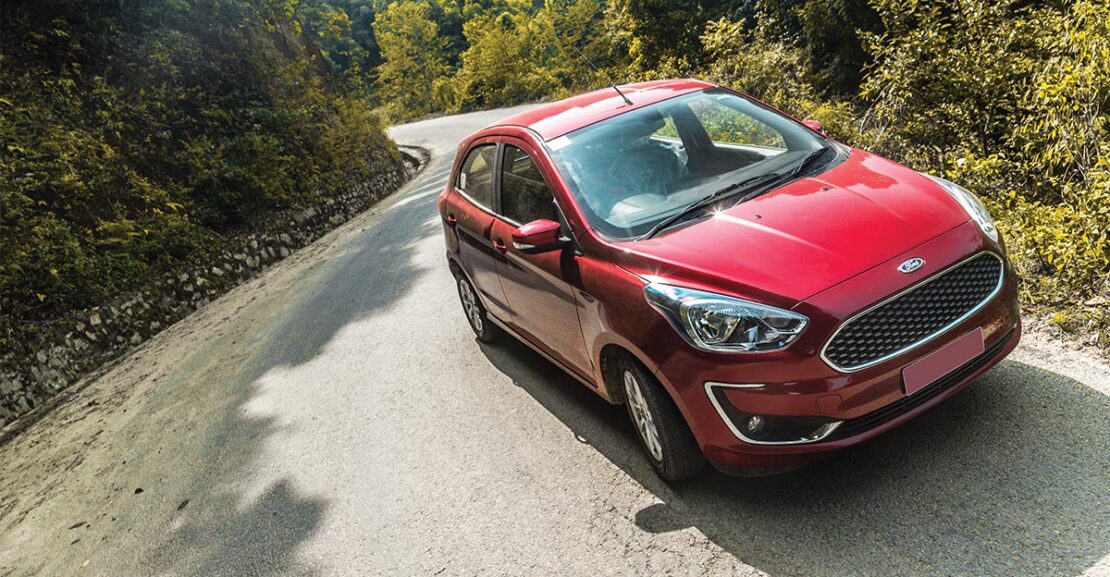 The All New Ford Figo 2019: Worth Your Love | Test Drive, Review

I love the Ford Figo, the 2017 model, my family car. I loved it the moment I floored the 1.5l diesel and a surge of hot fiery fissures shot up my right foot and escaped through my fingertips. Well, maybe not as dramatic as that, but it certainly put a smile on my face. That is why I’ve been driving it for the last 4 years, taking it to as many places as I could.

One specific journey where the Ford Figo was able to absolutely enchant me was when I took on the roads to Bardia National Park; 752kms traveled, fueled by the hopes of getting a glimpse of the ever-illusive tiger in the wild. Did I get to see the tiger? No. But, I ended up enjoying every bit of the journey. Whether I was powering through on the arrow straights, wincing when I hit a pothole too hard, flying through sweeping bends, or screeching to a halt to avoid hitting an idiot that appeared on the road out of nowhere; the Ford Figo served as the perfect companion for this long excursion.

It will forever be ingrained into my memories as one of my favorite cars, my first car which I wouldn’t mind holding on to for the rest of my years.  From personal experience, my Ford Figo has been good to me and I honestly believe it is one of the best value for money cars in the Nepalese market.

This is what I take into the review of the facelifted Ford Figo: significantly high expectations to live up to. Does that put the Figo on the back foot? Maybe. But if it DOES live up to my expectations, the Ford Figo will have pulled off something exceptional.

LET’S BEGIN WITH THE APPEARANCE. 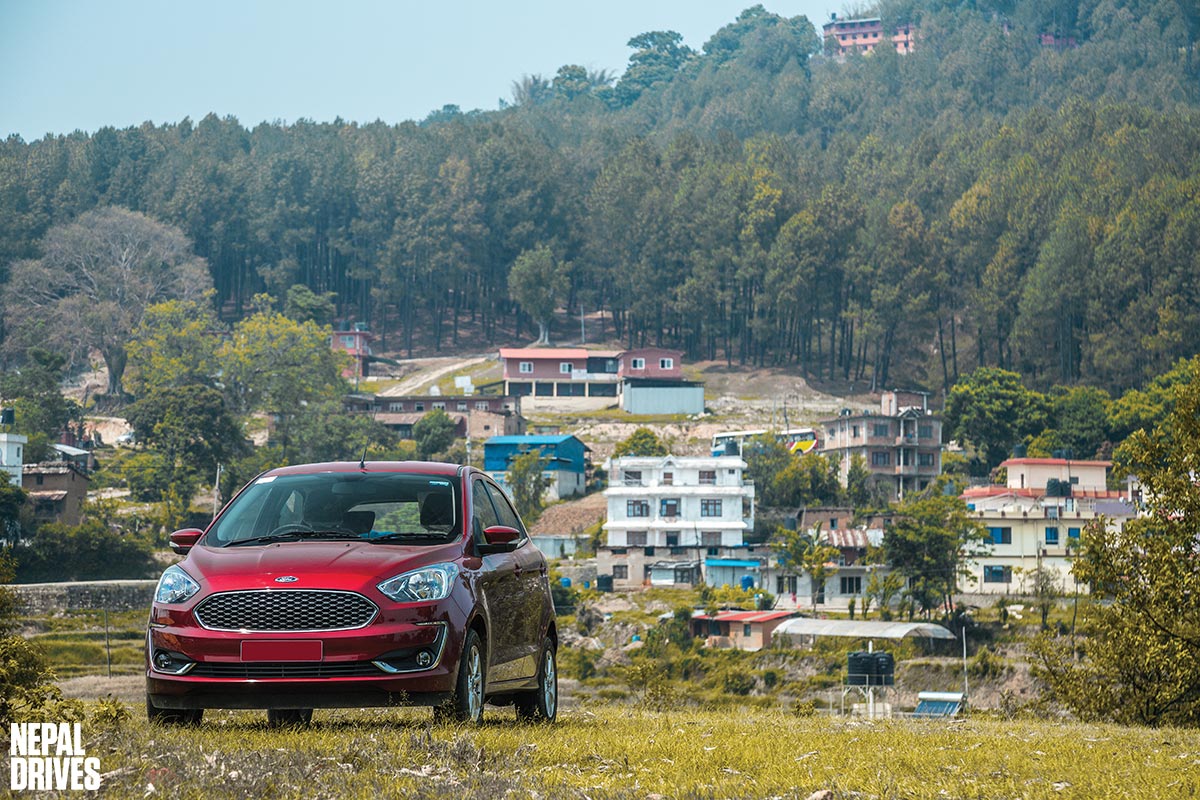 The facelift has given the new Figo looks akin to the Ford Figo Aspire. Constructing the front fascia is, what Ford calls, a ‘cellular’ design, a flat hexagonal grille with a silver-painted mesh and, C shaped fog lamp housings both encased in chrome lining. While the overall looks were appealing, Ford seems to have gone slightly overboard with the use of chrome. 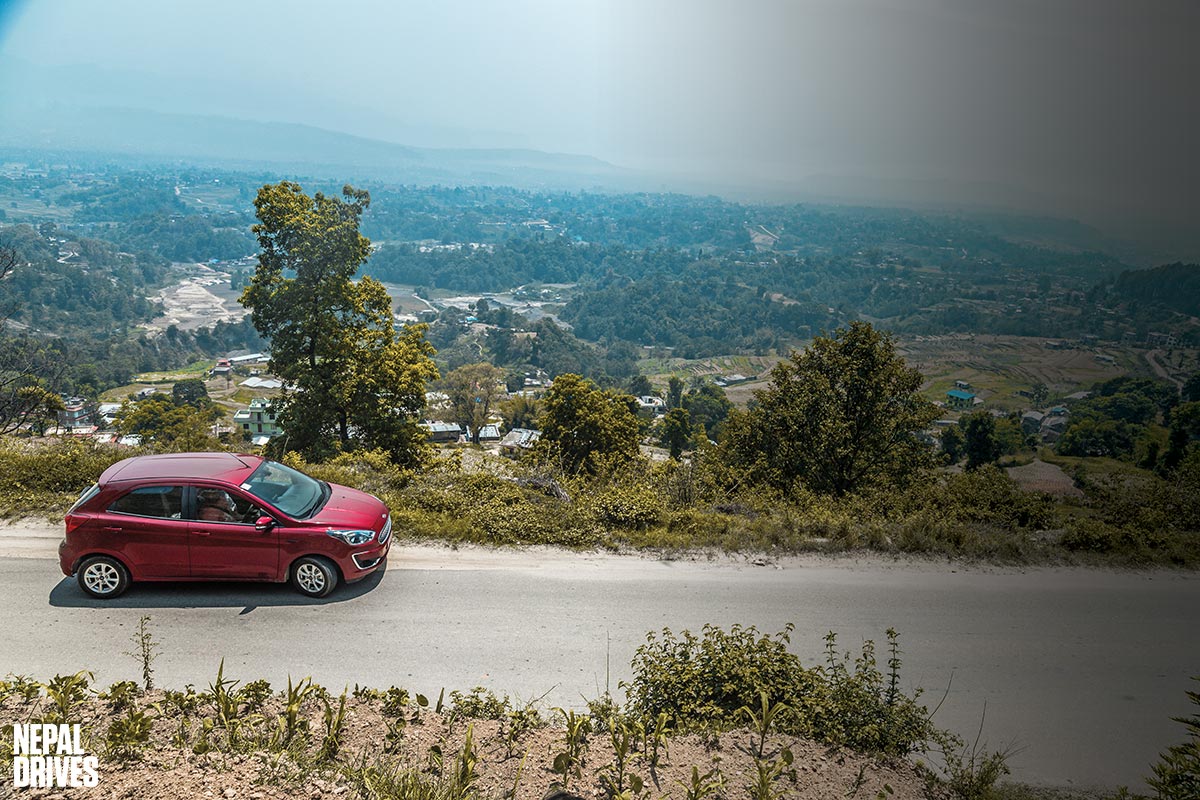 Nevertheless, the Ford Figo has updated itself in terms of the exterior design and brings forth a more modern design.  Sadly, the Nepalese market will not be getting the Titanium Blu variant. The designs are superior to and sportier than the Titanium variant that tops the Nepalese lineup. 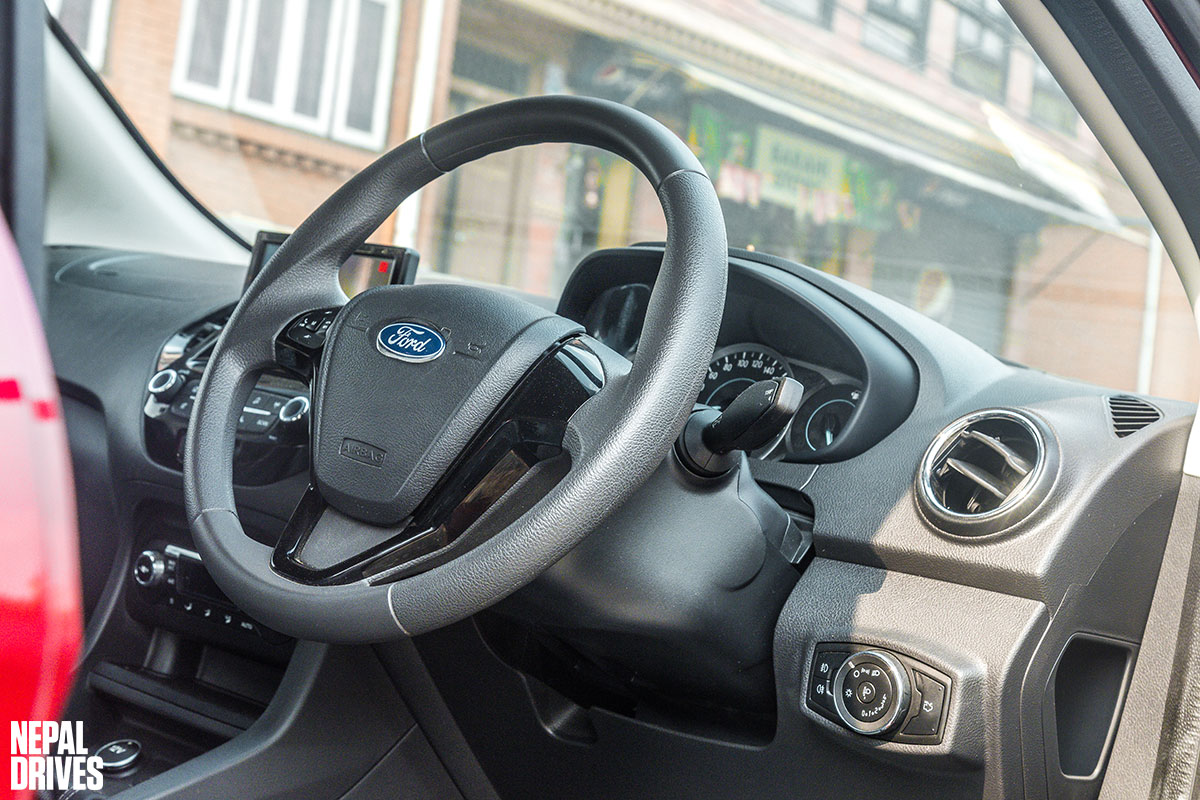 you are cocooned in the charcoal black interiors of the new Figo. Some may say that makes the cabin feel slightly cramped, I disagree. There is plenty of legroom and shoulder room for all occupants. There are piano black finishes on the center console and steering wheel, which makes it feel more premium, and the dials now get a carbon fiber-like finish.

On the safety front, the Ford Figo gets driver and passenger airbags as well as ABS and EBD as standard. Other notable features include the push-button start and perimeter alarm in the Titanium variant and remote keyless entry. Figo remains well equipped in the equipment front with auto climate control, power-folding mirrors, an auto-dimming rearview mirror, auto headlamps, and auto wipers. 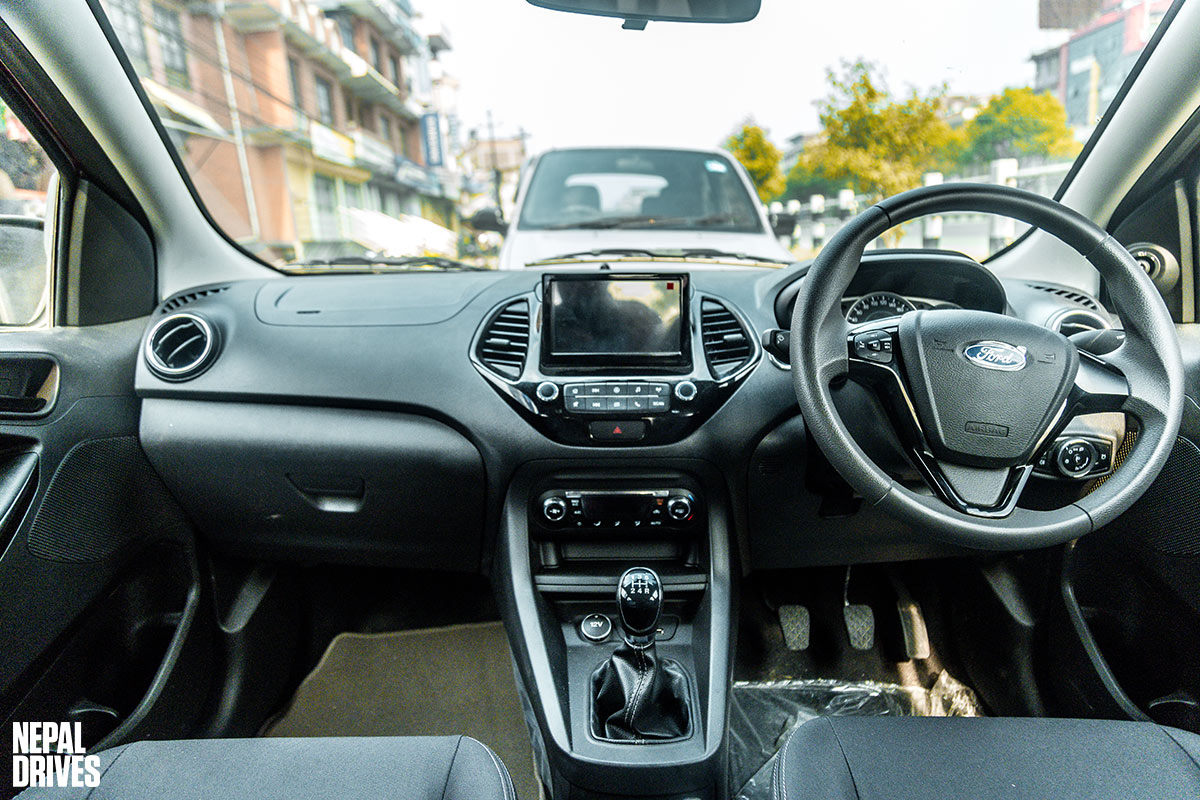 But, now, you have a much-needed touchscreen, a 7.0-inch unit that is responsive and has a decent user interface. The seats provide decent cushioning and under-thigh support. You can be assured the Ford Figo will be a good companion on long road trips. Taller passengers will fare better in the front seat, mainly in terms of headroom.

I PERSONALLY LOVED BEING IN THE DRIVER’S SEAT.

This is truly a fun car to drive and it keeps reminding you of it every time you rev the engine hard. And boy is it a rev-happy engine. To say the 1.2 liters three-cylinder naturally aspirated petrol engine is peppy would be an understatement. Now, that doesn’t imply that the new Ford Figo is a power plant of a machine; and it doesn’t need to be. 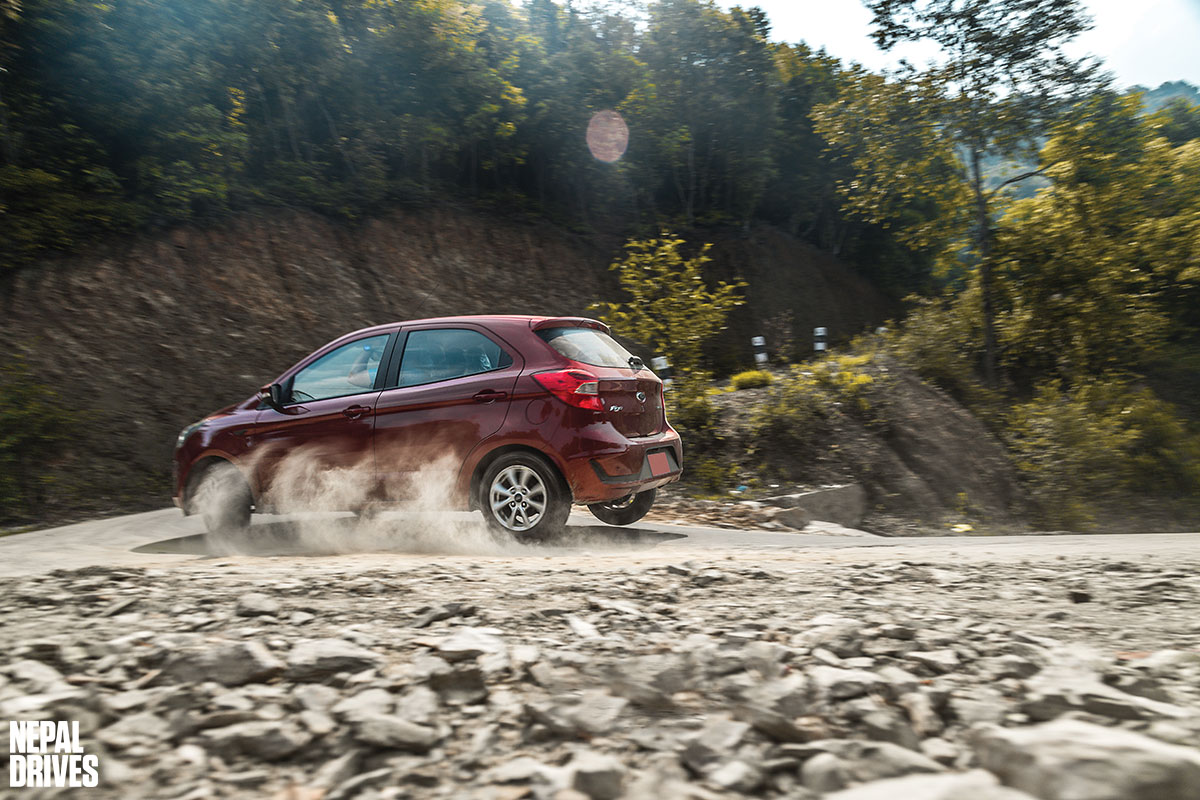 You don’t really get to make the most of the engine at lower revs, but work through the short throws of the 5-speed manual gearbox and you can reap the rewards of the rev-happy engine. Power delivery is linear and provides a steady output up till the 6800rpm redline. Peak power is 96 BHP and torque peaks at 120 NM. 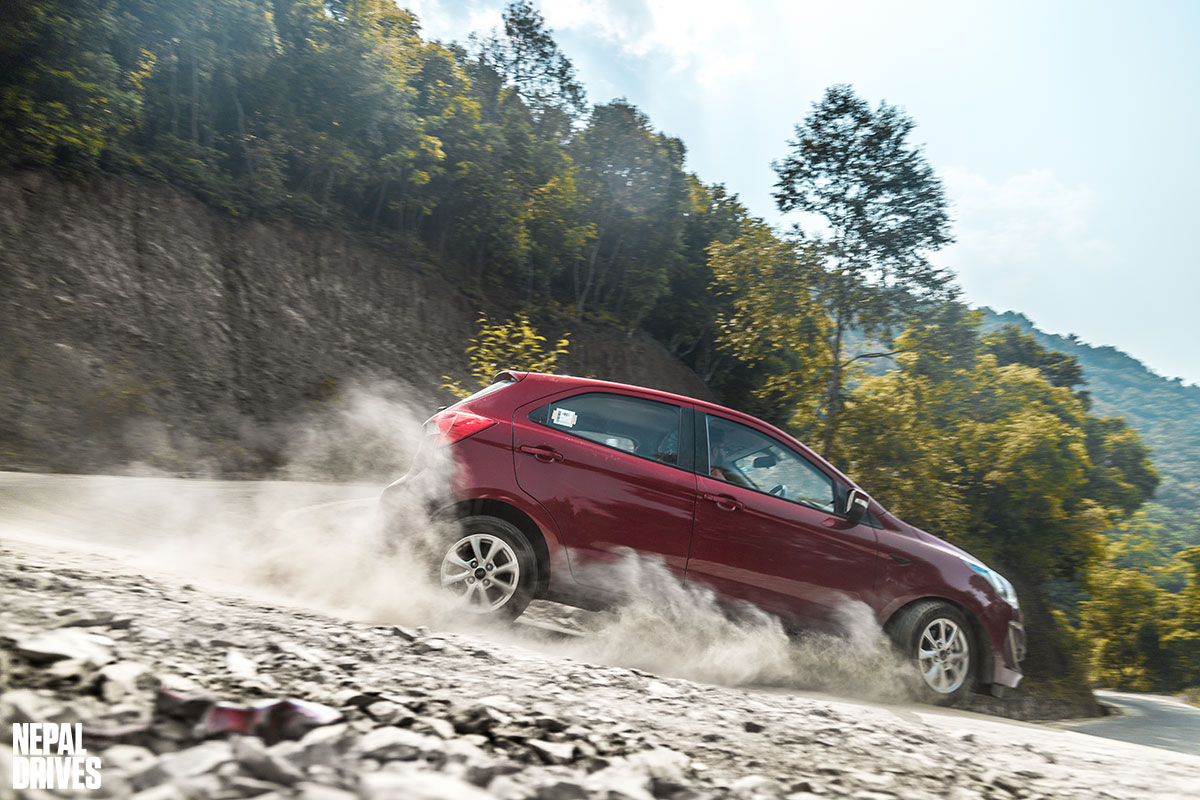 The numbers are actually very good for the segment and manage to edge out the competition. However, the real fun comes when you experience the way these 96 horses come onto the tarmac. Once again, it isn’t the type of power that will pin you to your seats, but for an everyday hatch, the Ford Figo has commendable spirit. 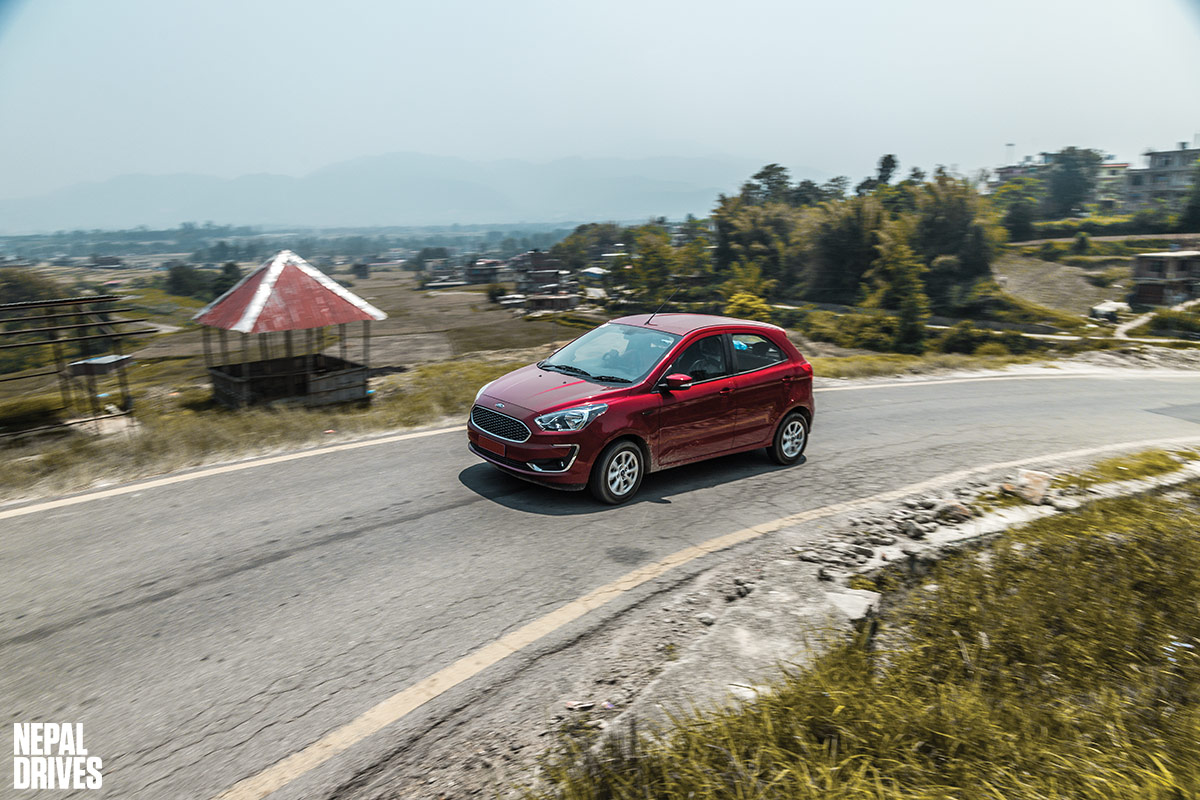 Moreover, the way the Figo drives well. The steering is properly weighted and provides decent feedback so you feel more in control. It is nimble in traffic and confident in corners. The suspension also takes on potholes with ease, of which there are plenty in our roads.

The Ford Figo inspires you to do things that normal hatchbacks don’t. Yes, you can take your family on family outings, drop your kids to school, and head on to the office in it. However, you can also decide to put on your driving shoes and head on out for some fun behind the wheels. And by fun, I mean attacking a corner hard and lifting your rear wheel fun.

AND THAT IS WHAT I WOULD LOOK FOR IN MY EVERYDAY CAR. 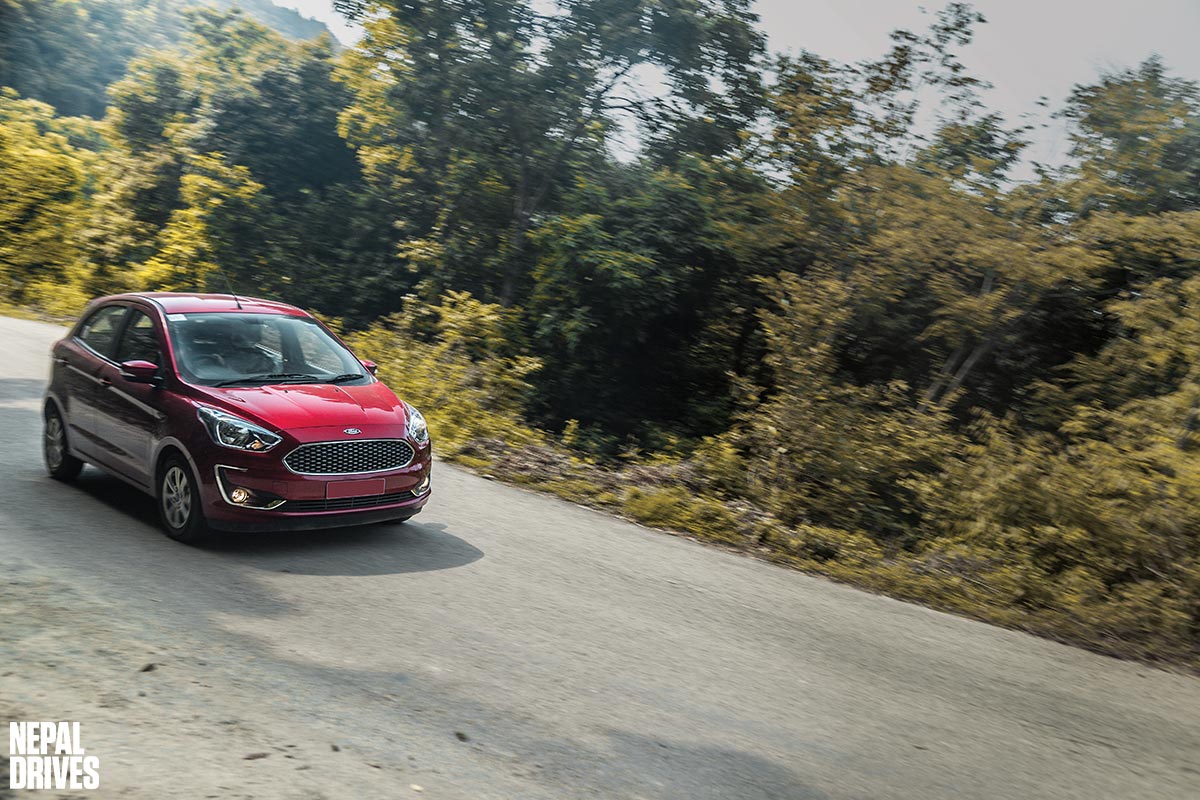 There isn’t a lot more you can ask for from a car. It could have done without the excessive use of chrome, and it would be outstanding if Nepal were to get the sportier Titanium Blu variant. But, for now, when it’s all said and done, I love the new Ford Figo.