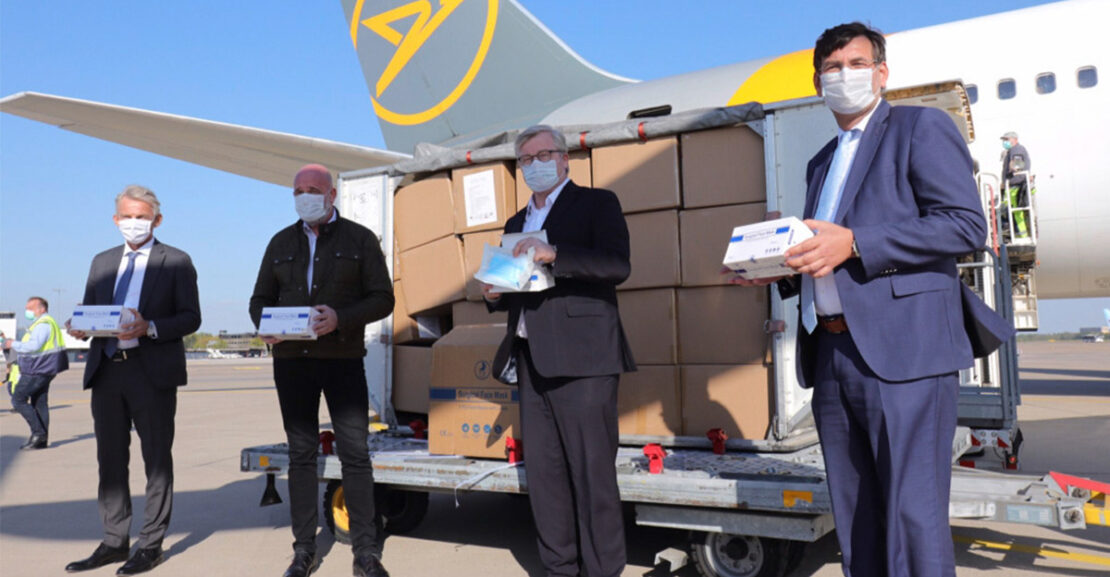 Large quantities of the medical supplies which the Volkswagen Group has been organizing in China for doctors, care facilities, and hospitals since the end of March are now arriving in Germany. About 5 million face masks have now been delivered and many of them have already been distributed. Over the next few days, many other consignments are expected, bringing the total number of equipment items to 13 million, in addition, 750,000 liters of disinfectant, which will be arriving from May onwards, have been ordered. The total value of the supplies being donated by the Volkswagen Group to support medical and care facilities is about €40 million. 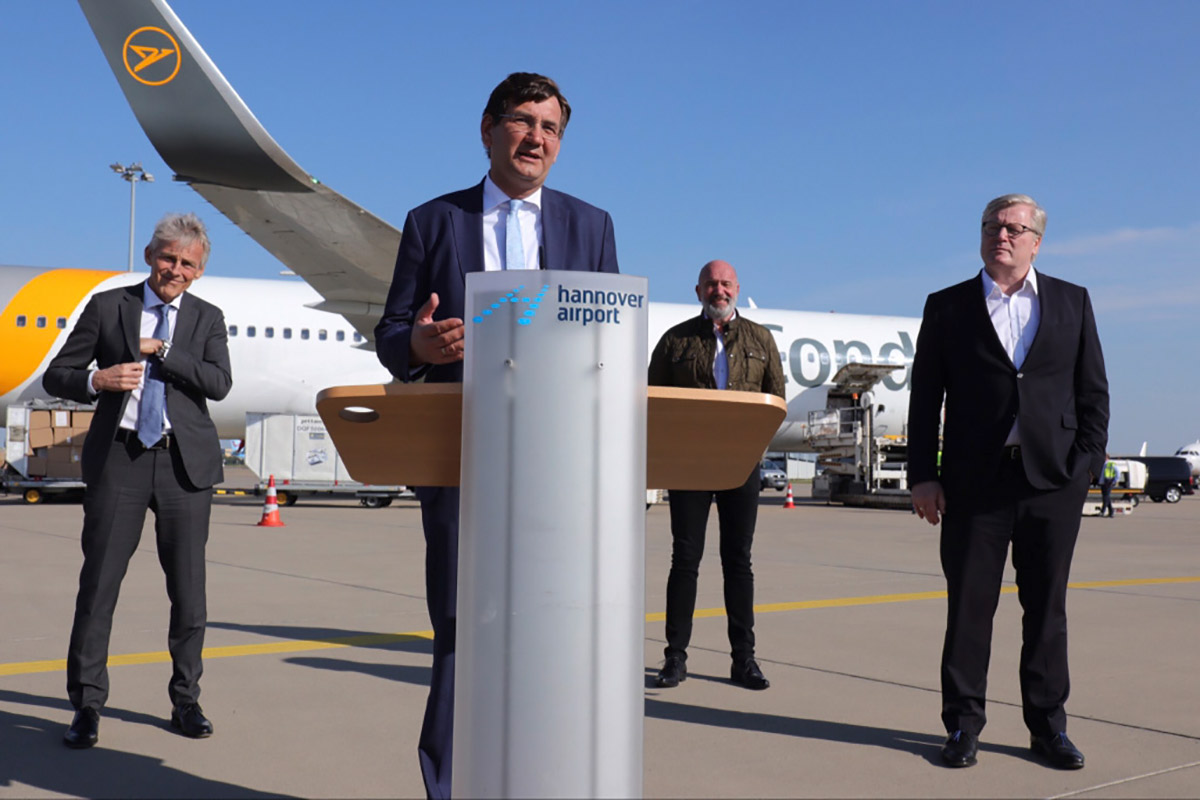 In addition, the Group is also organizing and delivering medical supplies ordered by the German government under a framework agreement with the Federal Ministry of Health. Further deliveries of several million masks are expected over the next few weeks. On Sunday afternoon, Bernd Althusmann, Minister of Economic Affairs of Lower Saxony, Gunnar Kilian, HR Board Member of Volkswagen, and the Chairman of the Group Works Council Bernd Osterloh welcomed an aircraft with a further consignment from China at Hanover airport. 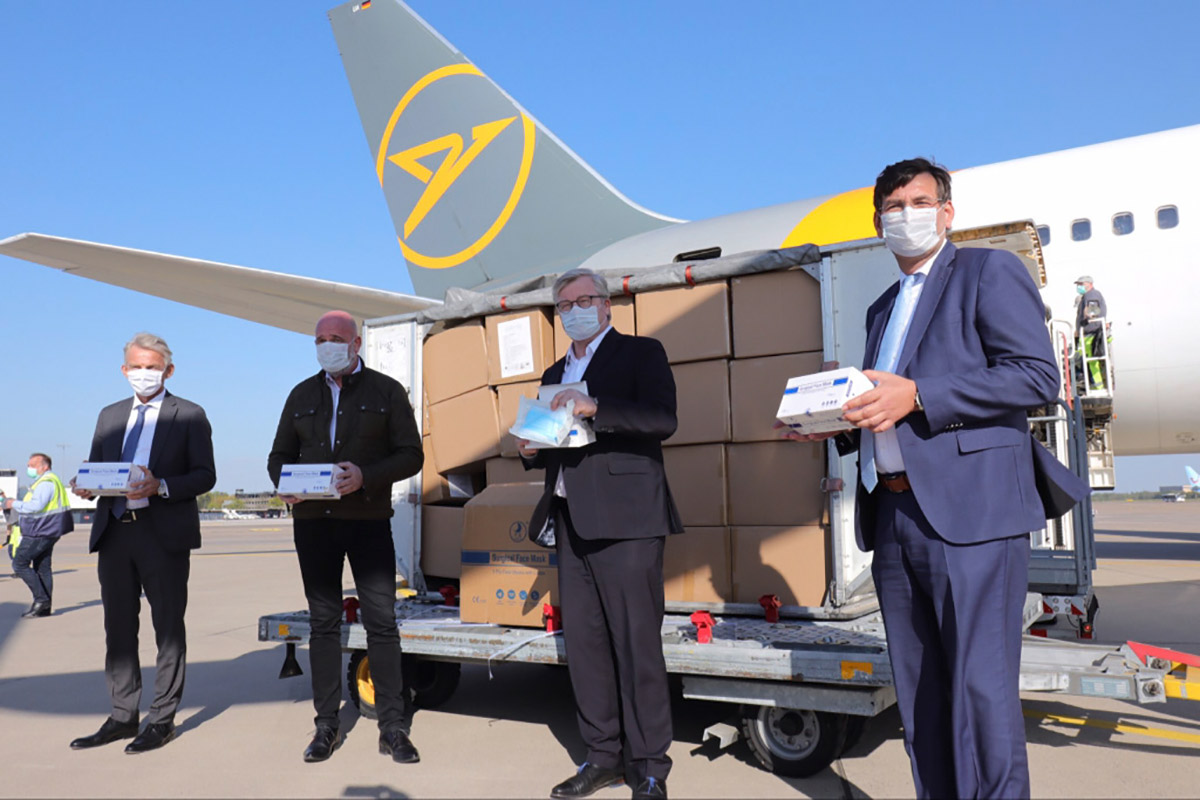 Among other items, this consignment included temperature scanners which are being donated by Volkswagen to the German government and the State of Lower Saxony, as well as masks ordered by the German government. In addition to the 5 million masks which have now arrived, about 250,000 pairs of protective gloves and 18,000 sets of protective clothing which have already arrived, further consignments are expected in the near future. The supplies are being distributed within Germany by public bodies. 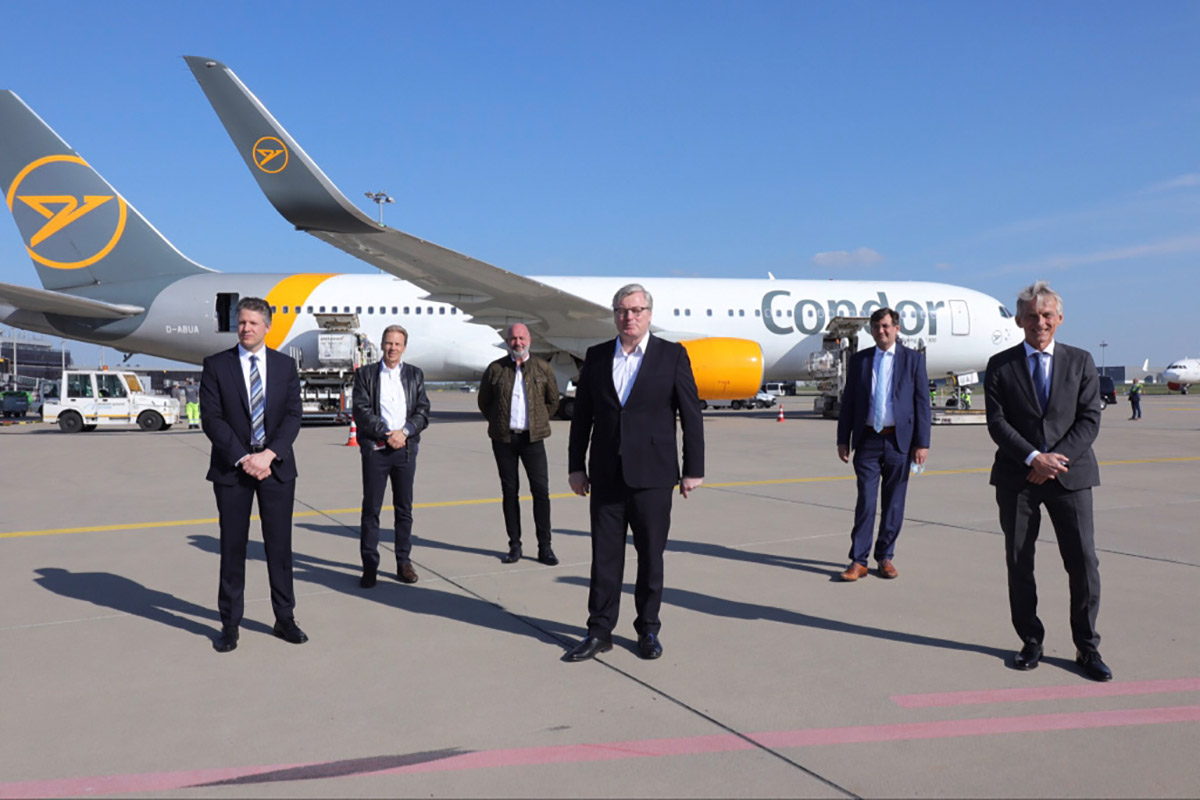 Over the past few weeks, Volkswagen has received a large number of requests for help from hospitals, medical practices, and social facilities. As the company itself did not have the requested quantities of materials available, experts from Group Health, Group Procurement, Group Logistics, and Group Finance cooperated closely to ensure supplies to the facilities concerned as quickly as possible. The Volkswagen teams analyzed demand in Germany, identified suitable suppliers in China, rapidly initiated the orders required, and coordinated transport by air freight from China to Germany. The disinfectant was ordered and produced in Germany. In this case, too, public bodies are responsible for distribution.