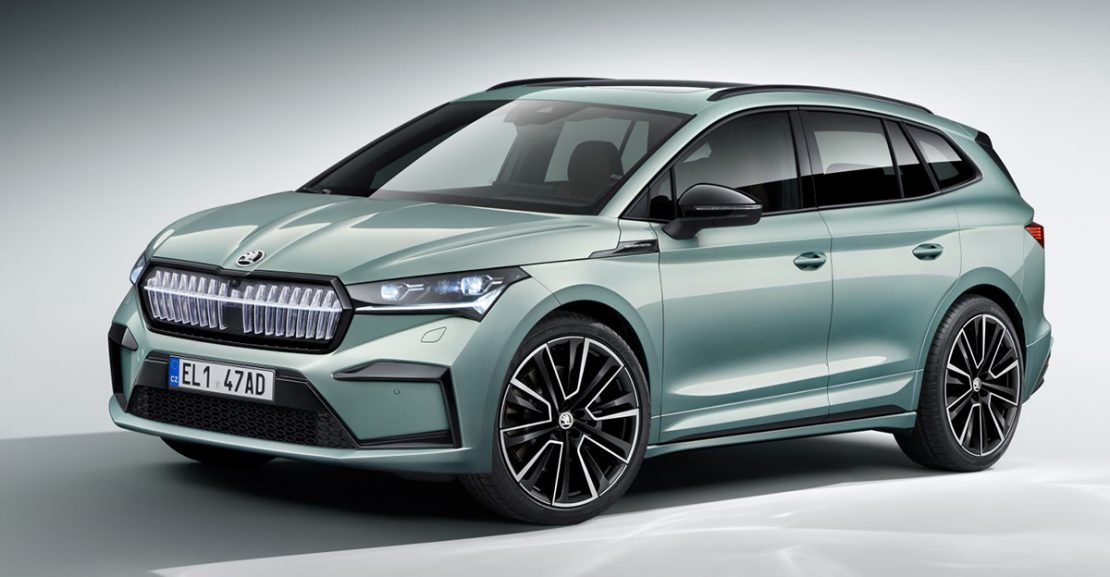 Škoda has launched its brand-new Enyaq iV all-electric SUV. The Enyaq iV is the Czech car manufacturer’s first production model to be based on Volkswagen Group’s MEB modular electric car platform. Immediately following the world premiere of the new Škoda Enyaq iV, it is possible in many countries to pre-order the base model and other variants. The exclusive and particularly extensively equipped Founders Edition is limited to 1,895 units and pays homage to the company’s successful history and its founding by Václav Laurin and Václav Klement 125 years ago. 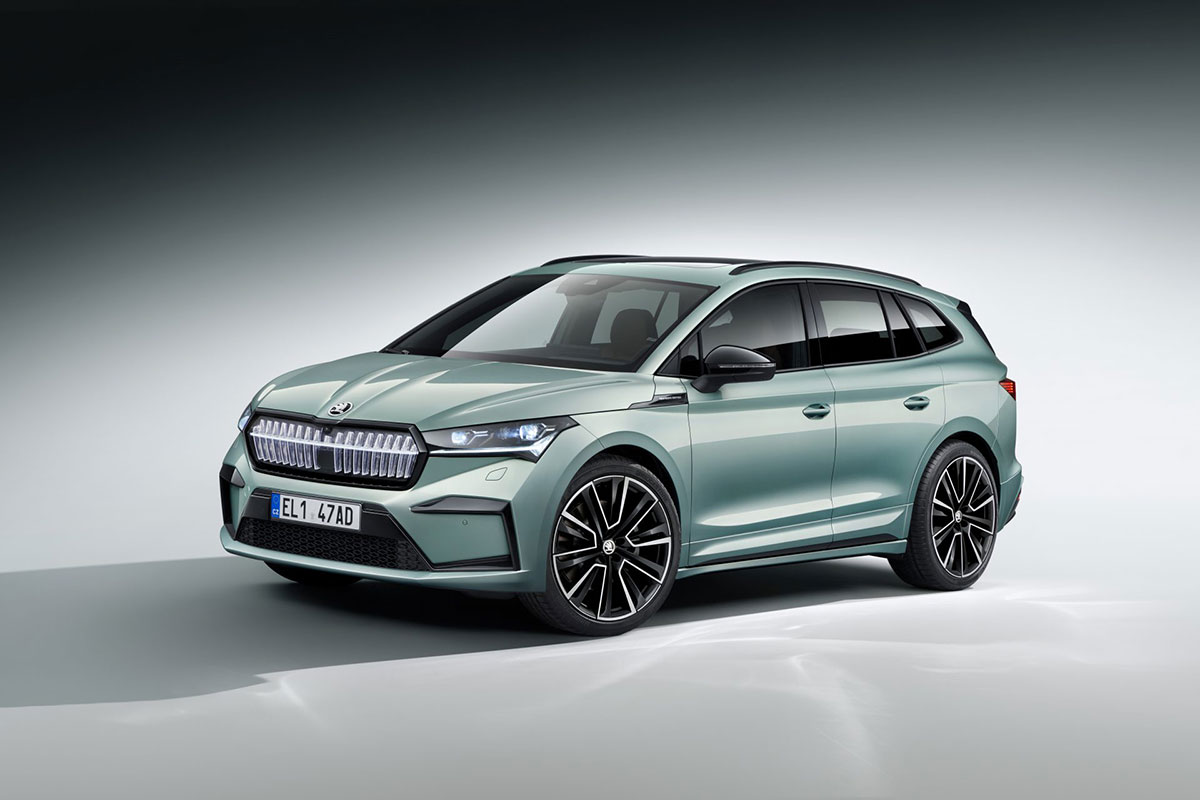 The Enyaq iV’s design language is emotive, powerful, and dynamic. The new SUV is characterized by perfect proportions and extraordinary spaciousness. It offers a similar amount of interior space as a Škoda Kodiaq, despite being shorter in length than a Škoda Octavia. As optional extras, the illuminated Crystal Face – which comes with an animated Coming/Leaving Home function – and full LED Matrix headlights adorn the striking front sporting the large Škoda grille. The full LED taillights include dynamic indicators and also have an animated Coming/Leaving Home function. 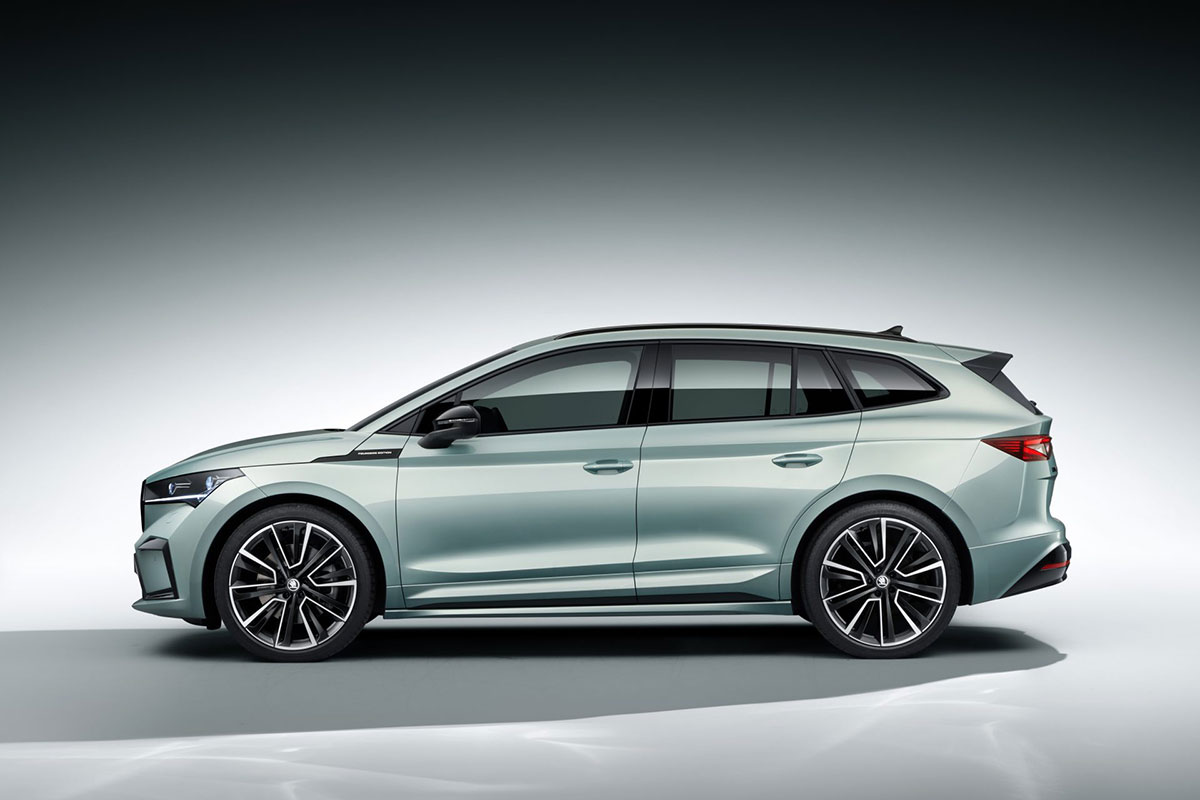 Inside the Enyaq iV, each design selection put together by Škoda material concept designers, provides a tasteful interior with an exceptional feelgood factor and features natural, sustainably processed and recycled materials. A new, clearer structure of the choices available – ten themed packages as well as some individual options – makes it quick and easy to customize the vehicle to suit the owner’s taste. At 13 inches, the Enyaq iV’s central screen is larger than in any other Škoda. What’s more, the all-new SUV is always online and cleverly connected. Battery charging and the interior’s air conditioning can be conveniently controlled remotely via the Škoda Connect app. 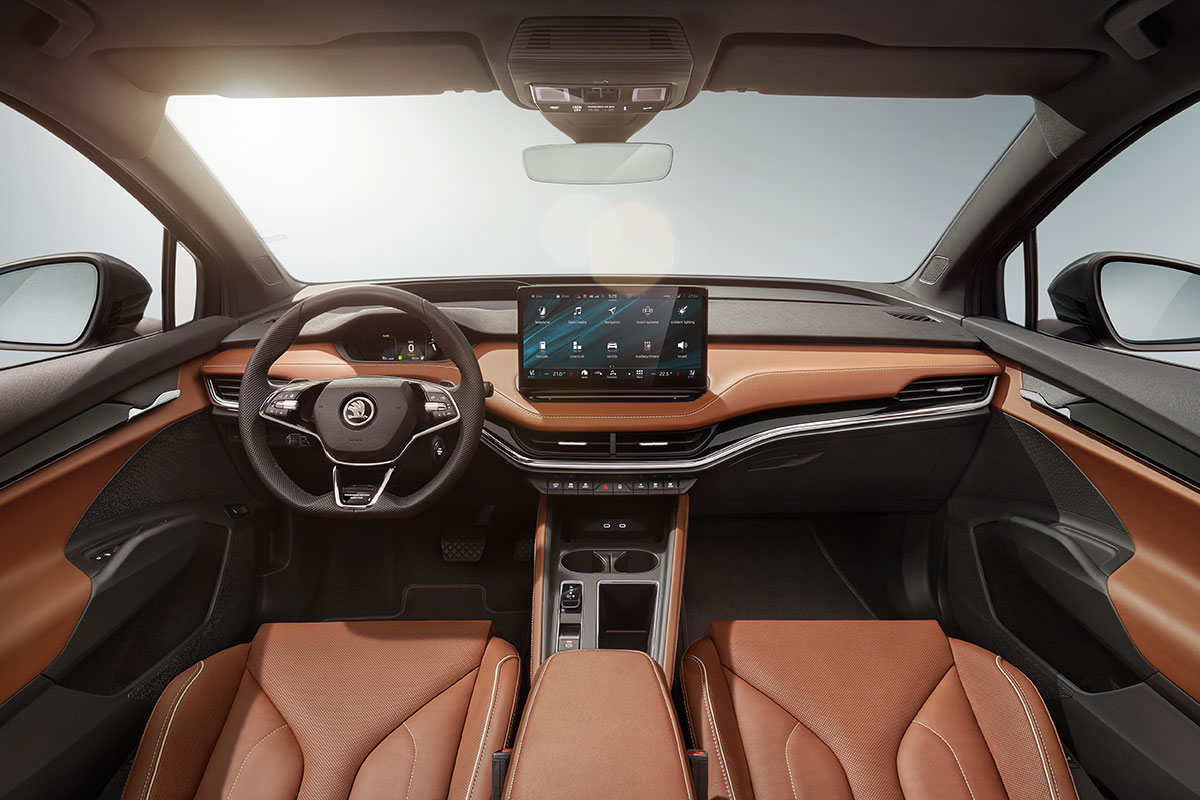 The Enyaq iV boasts an all-new drive concept, exploiting the possibilities that Volkswagen Group’s MEB modular electric car platform has to offer. The MEB consists of what is known as the skateboard platform, in which the battery is incorporated into the floor to save space. Three battery sizes, five power outputs ranging from 109 to 225 kW, and rear- or all-wheel drive caters to many different requirements and uses. With ranges of up to 510 km in the WLTP cycle, it can even tow trailers weighing up to 1,400 kg (8% gradient) or 1,200 kg (12% gradient). New assistance systems include Travel Assist, which now has even more functions, as well as remote-controlled and trained parking. 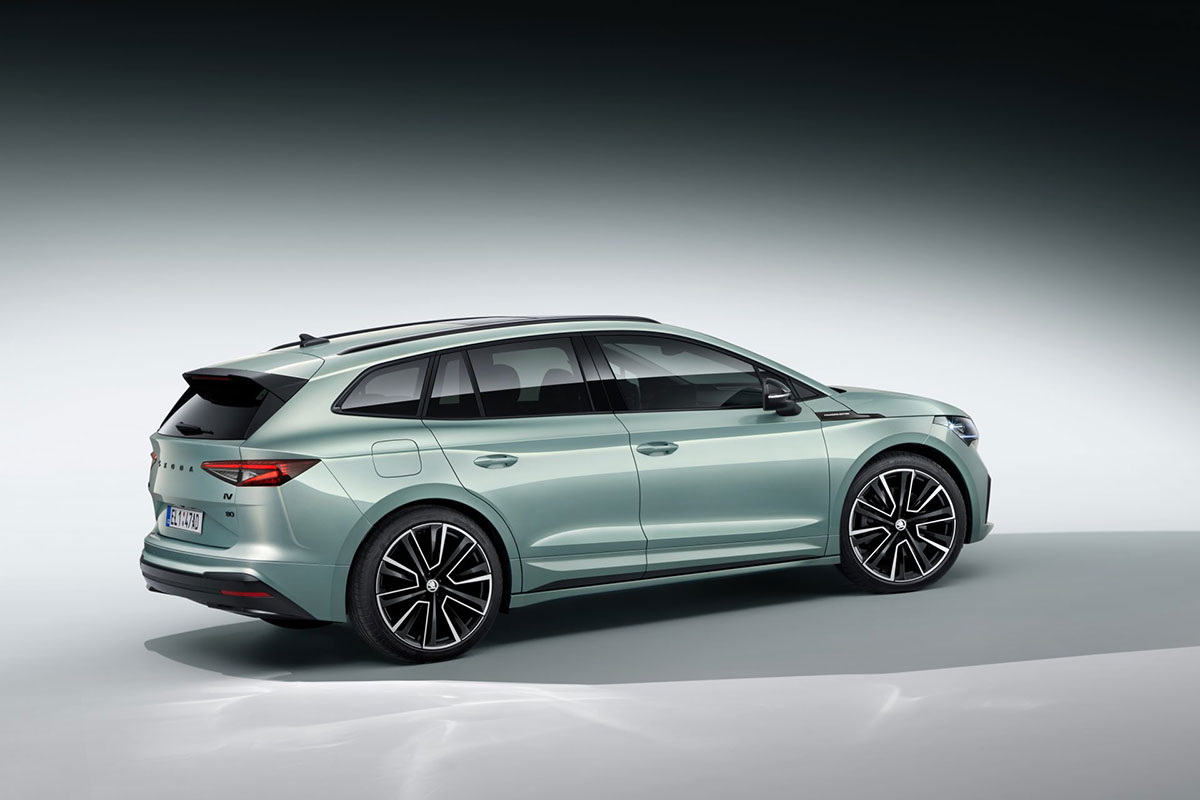 The My Škoda Power pass ensures owners can easily and conveniently recharge their vehicles at most of the charging points in the European Union using just a single card. In addition, ŠKODA is also involved in building the Ionity quick-charging network throughout Europe. The brand offers three versions of the Škoda iV wall box for at-home charging. Using the fast-charging cable, the owners can recharge their Škoda Enyaq iV at fast-charging stations too.