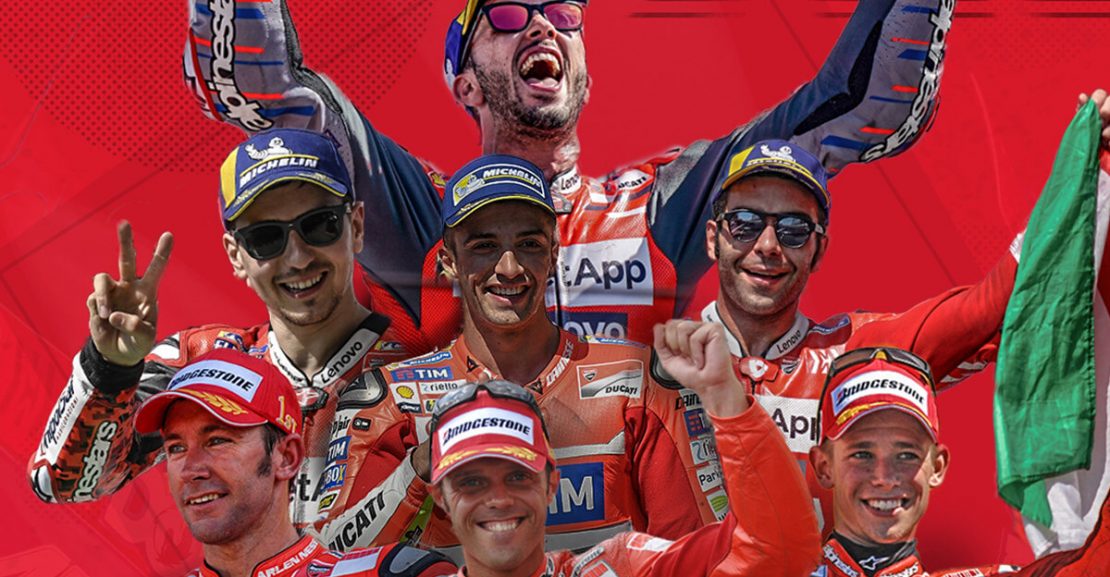 Thanks to Andrea Dovizioso’s spectacular victory at the Austrian GP, Ducati achieved its 50th overall MotoGP success. It is an important milestone for the Borgo Panigale manufacturer: thanks to the determination and dedication of the many technicians and engineers involved in the development of the Desmosedici GP bike,  Ducati has had a rich history of success in the most prestigious World Motorcycle Championship, where it has been present in its premier class since 2003, after the introduction of the new regulation for four-stroke engines. 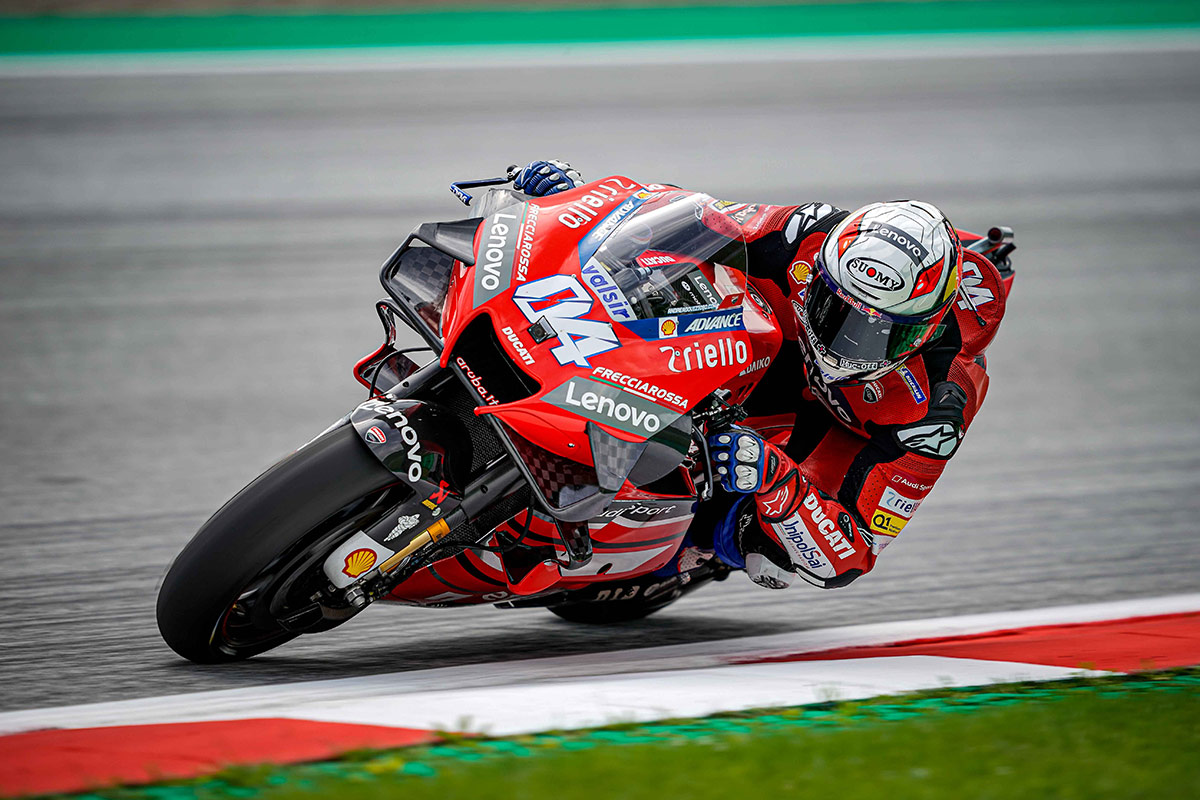 The first Ducati Desmosedici GP bike was entrusted in the hands of Loris Capirossi and Troy Bayliss, who soon were able to take it on the podium. In the opening race at Suzuka in Japan, the Italian rider finished third at the finish line, taking the first of the 155 podiums obtained by the Italian factory (136 with the official team and 19 with the satellite teams). 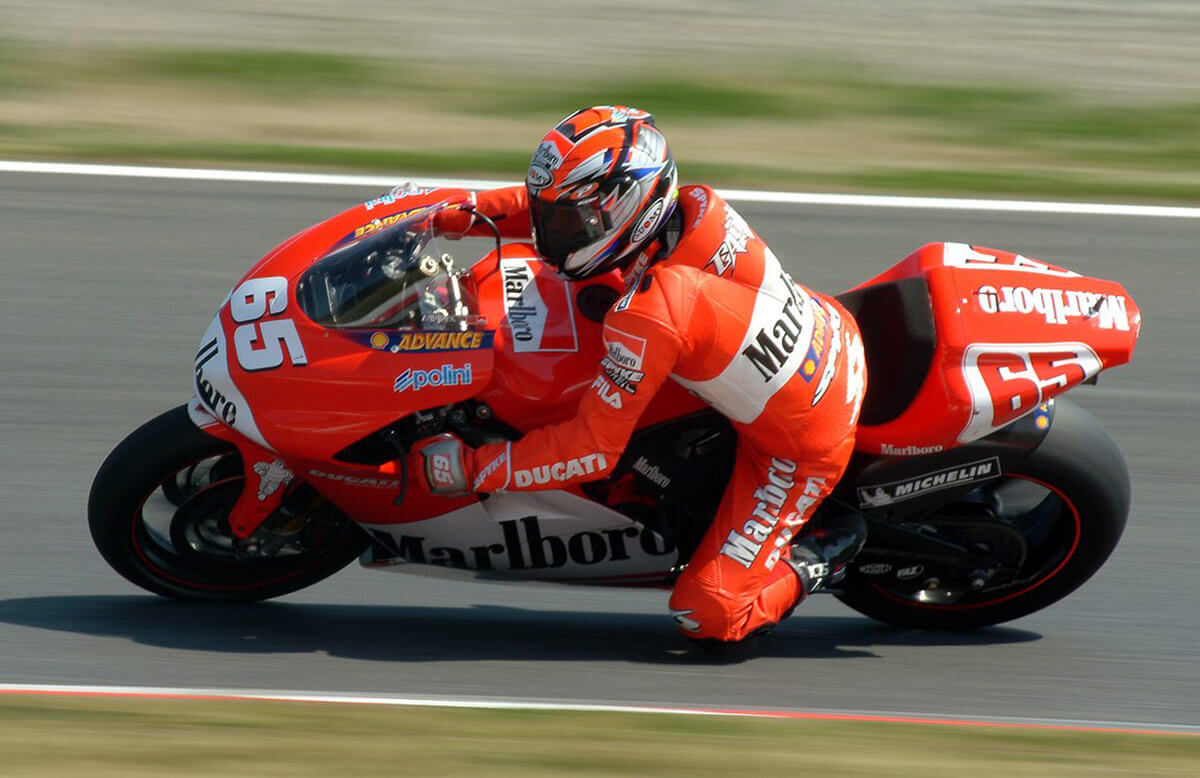 Also in 2003, at the Autodromo del Mugello, the new Desmosedici GP bike entered the history of motorcycling scoring the overall record of maximum speed (347.4 km/h with Capirossi). In their home race, at the Italian GP, Loris also took the second place, completing an all-Italian podium with Valentino Rossi and Max Biaggi. 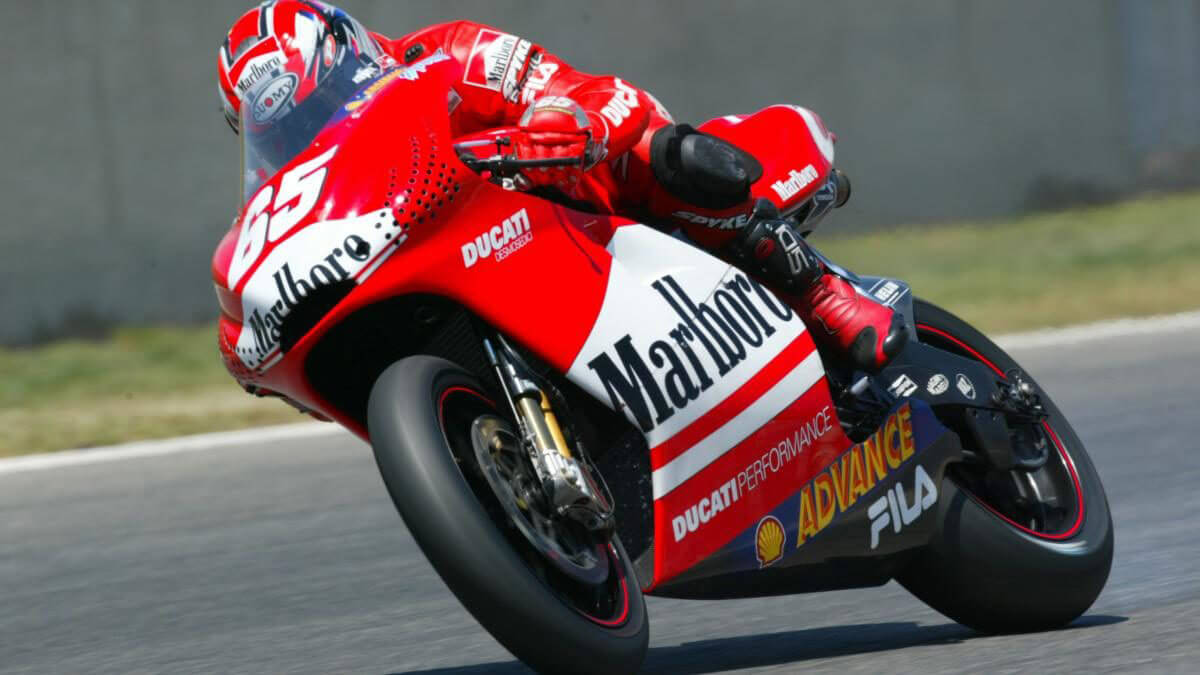 A few weeks later, Capirossi gave Ducati its first MotoGP victory at the Catalunya Grand Prix, after an exciting race at Montmelò Circuit. For the Italian, it was the first of seven successes achieved with the Desmosedici machine from 2003 to 2007. In 2006 Troy Bayliss, who took part in the 2003 and 2004 MotoGP seasons with Ducati, spectacularly won the last Grand Prix of the season in Valencia, in his only appearance as a substitute for the injured Sete Gibernau, after becoming World Champion in WorldSBK with the Italian manufacturer. 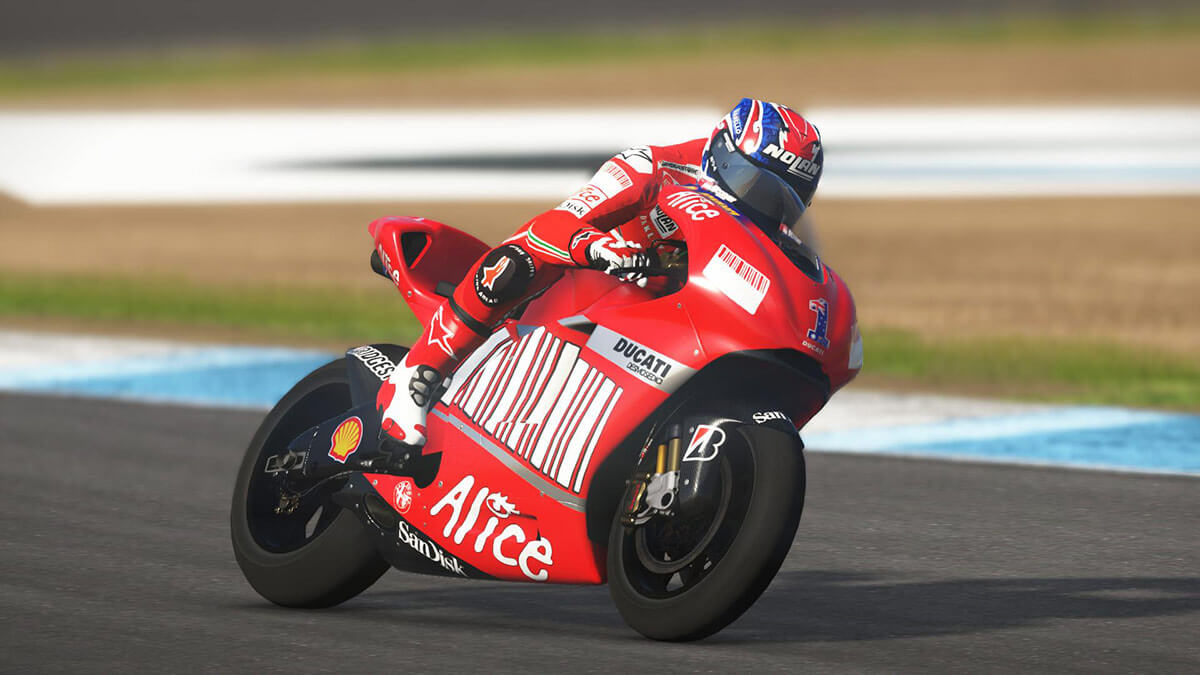 But it was in 2007, when the technical regulation brought the engines from 1000cc to 800cc, that Ducati reached the pinnacle of its MotoGP success. With ten wins and 14 podiums, Casey Stoner became World Champion, and the Bologna-based factory won the manufacturers’ title in the category. After this fantastic season, the Australian champion won another 13 victories in three years with Ducati and became the most successful rider onboard the Desmosedici GP bike, with 23 victories. 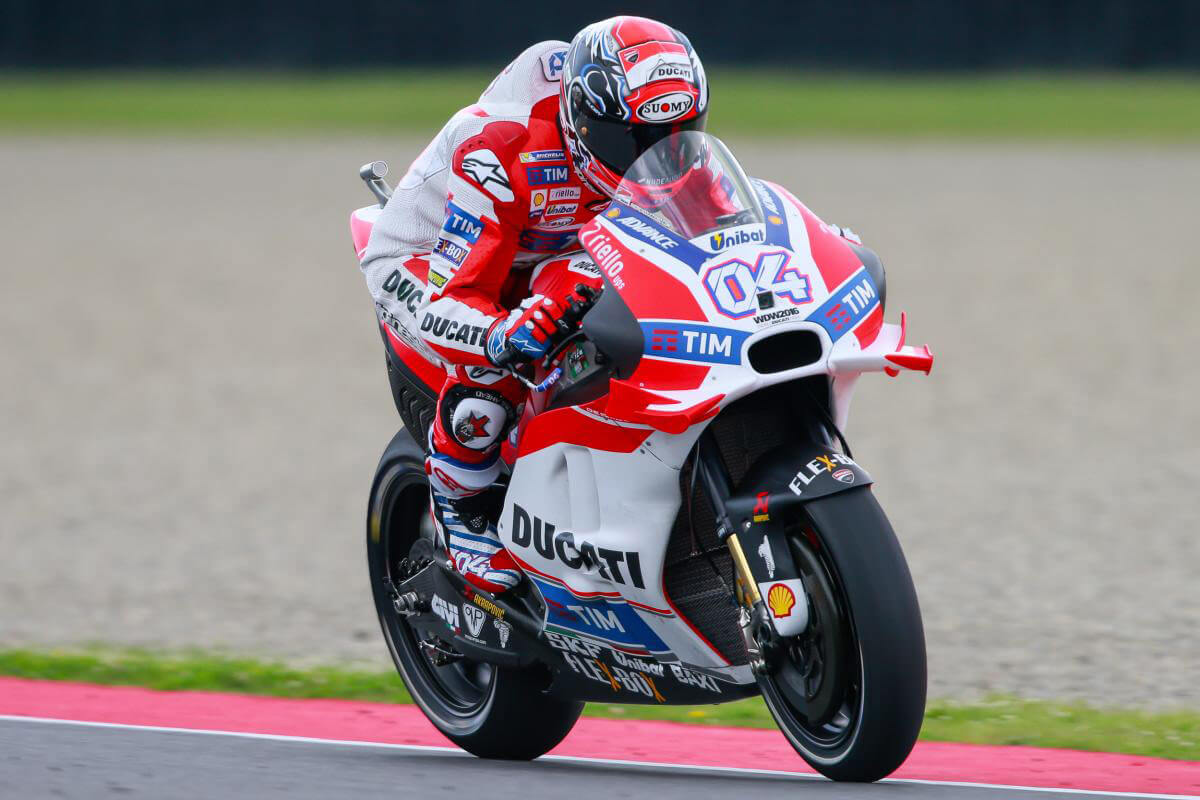 After Stoner’s last success at Phillip Island in 2010, in 2016 it was Andrea Iannone in Austria and then Andrea Dovizioso in Malaysia to bring Ducati back on the top step of the podium. With a Desmosedici GP bike increasingly performing thanks to the evolutions introduced over the years, like the innovative wings that have revolutionized the conceptions of aerodynamics, Dovizioso from 2017 to today has taken 14 more victories. These have to be added to the three successes of Jorge Lorenzo in 2018, and the exciting win of Danilo Petrucci last year in Mugello, in front of the big audience of Ducatisti fans present in the stands. 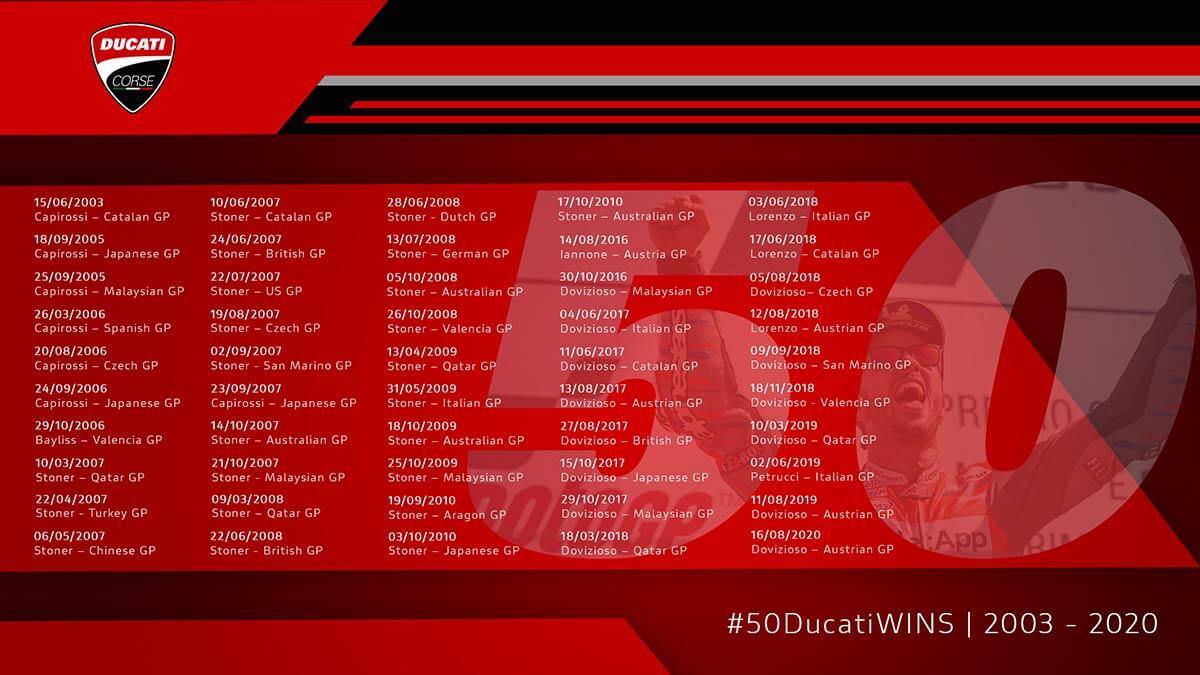